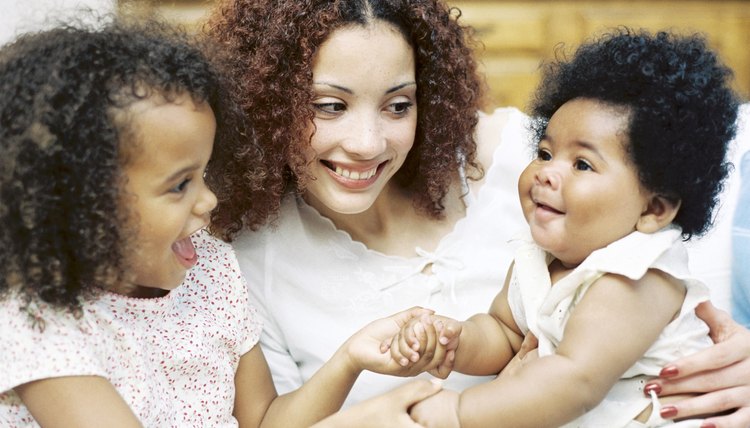 The court considers all kinds of parents' income to calculate the amount of child support it awards. In addition to each parent's employment income, the court counts overtime, bonuses, tips and commissions. If the parent is not currently employed, the court calculates both the parents' unemployment benefits and the parents' earning potential. The parents' total income from all sources counts, except for welfare and disability benefits.

Once the court calculates the total income of both parents, it takes into consideration the amount of taxes paid and other deductions taken out of the paycheck or other income. The court determines an appropriate amount of taxes to be paid out of the earned income, regardless of what taxes are actually paid. It also accounts for mandatory deductions, such as union fees.

The court adds up the amount of taxes and mandatory deductions that each parent pays and subtracts that amount from each parent's individual income. Both parents' remaining income is then added together. The court uses their combined net income to calculate the amount of child support to be paid, based on state guidelines. The state guidelines outline the minimum amount of basic child support required, based on the parents' income level and their number of children.

The court also determines the percentage of parenting time for each parent, and it considers that percentage in its child support calculations. If one parent takes sole parenting responsibility, the other parent is generally required to provide more support. A custodial parent who retains sole custody of a child often needs more financial support from a non-custodial parent, because of increased childcare cost and reduced work hours.

When the court calculates child support based on the parents' income, it must also take into consideration the standard of living of the parents and the child, to ensure that neither parent nor child suffers from extreme poverty. Although the child's needs do come first, the court also considers a parent's ability to pay the child support without extreme hardship.

Divorce is never easy, but we can help. Learn More
How to Compute Child Support Payments in Michigan

In New Mexico, the amount of child support is determined based on the principle that a child should receive the same level of support he received while his parents were married or still living together. This requires both parents to contribute to the total obligation in proportion to their incomes, based on a formula established by state law. Once ordered, the child support obligation lasts until the child reaches the age of majority.

Typically, Texas courts calculate child support by applying a flat percentage rate to the noncustodial parent's income. Although a consistent calculation would make going to court more predictable, courts in Texas will consider the overall situation before finalizing a child support order. Courts may adjust the initial calculation, particularly if caring for the child involves extraordinary expenses or the noncustodial parent has a greater than average income.

What Are the Child Support Laws in West Virginia?

Parents have the responsibility to financially support their children, whether the parents are married or not. When ...

Parents have the duty to support their children financially, both before and after divorce, so Connecticut law aims to ...

Child support obligations come into play whenever parents in Ohio become divorced. In Ohio, child support is based on ...