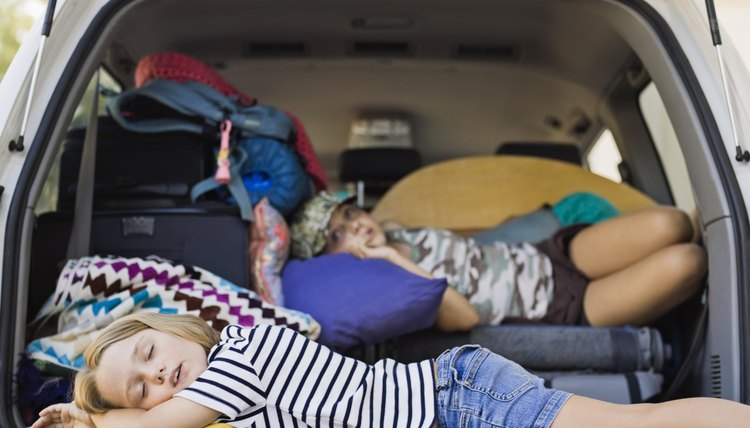 Under the old law in Alabama, state policy favored joint custody in order to ensure "that minor children have frequent and continuing contact with parents who have shown the ability to act in the best interest of their children and to encourage parents to share in the rights and responsibilities of rearing their children..." However, Section 530 -3-150, which has been deleted from the 2012 Act, also stated, "Joint custody does not necessary equal physical custody." So a judge could order joint custody, and also order that a mother living in Seattle with a father in Alabama retain physical custody during the school year. As a result, the child would live with his mother for at least eight or nine months each year.

The section of the old statute that allowed judges to consider the physical proximity of the parents to each other as a factor in their custody decisions is no longer Alabama law. Absent a joint custody agreement by the parents that includes an unequal physical custody arrangement, a judge is now required to order joint custody with an equal amount of parenting time, regardless of where the parent lives, unless one parent is ruled to be unfit.

The 2012 Act requires a divorcing couple to submit a parenting plan to the court. It must include provisions that designate which parent "may exercise primary authority in making childrearing decisions." If the child is living in Seattle with his mother for eight or nine months of the year, for example, the agreement needs to include provisions that spell out who will make major life decisions for the child at designated times, such as which school and church he will attend.

The new law restricts a judge's discretion when parents live far apart. If the parents can't agree on a parenting plan, the judge has no option but to order equal parenting time, regardless of the logistics. This can result in a situation where a child spends one calendar year with the mother in Seattle and the next with the father in Alabama. The child would have to change homes and schools every year. As a result, an article in "The Huntsville Times, states that critics of the new law believe it may work in the best interest of the parents but not necessarily in the best interest of the child.

Divorce is never easy, but we can help. Learn More
Child Custody Law in Utah

Pennsylvania passed legislation that overhauled the state's existing child custody laws in 2011. The new laws addressed visitation, child custody determination and many other elements of family law. Pennsylvania, like most other states, uses a "best interests of the child" standard in determining custody as well as visitation. For that reason, the overwhelming majority of non-custodial parents get some visitation with their children, and a legal presumption exists that both parents have equal rights to the child.

How Does Joint Custody Work With Breastfed Children?

Parents who divorce while their child is very young might be faced with a difficult custody issue if the child is ...

Like many states, Kansas has done away with the “tender years doctrine” that once assumed mothers should always have ...

Colorado is one of the more progressive states when it comes to joint parenting post-divorce. Although many state ...