Amount of Child Support in Mississippi

Parents who are getting divorced in Mississippi must estimate how much child support they will pay or receive during the divorce process and also plan for their financial future once the divorce is final. Mississippi’s formula for calculating child support is relatively easy to understand, and online calculators allow you to enter your figures into the formula. But the final amount of support relies heavily on the judge, who has the discretion to vary the statutory support formula to address your family’s specific situation. 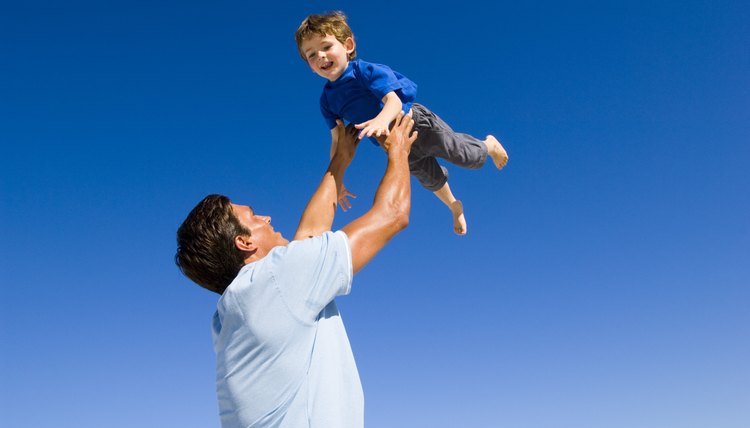 Mississippi's child support guidelines call for a parent with one child to pay 14 percent of his AGI in child support; 20 percent for two children; 22 percent for three children; 24 percent for four children; and 26 percent for five or more children. For a noncustodial parent whose annual AGI is $5,000 to $50,000, the law requires the judge to follow the guidelines unless the result would be unjust or inappropriate. For a noncustodial parent with an AGI less than $5,000 or more than $50,000, the judge has more freedom to decide whether to follow the guidelines. The court can also order the noncustodial parent to pay for other types of support, such as providing the child with health insurance or obtaining life insurance with the child as beneficiary.

Deviating From the Formula

Mississippi law provides a list of reasons for the court to deviate from the support formula. For example, the formula was designed for the traditional alternate-weekend visitation schedule. In a case of shared parenting – where the noncustodial parent spends more time and money caring for the child – the judge may reduce the amount of child support. On the other hand, the judge can increase child support if the noncustodial parent refuses to help raise the child. The judge can also deviate from the formula by considering factors such as the child’s extraordinary medical or educational expenses; alimony paid to the custodial parent; and the total assets of the parents and child.

Divorce is never easy, but we can help. Learn More
Typical Child Support in Texas

In Minnesota, the court presumes that it is in the best interest of the child to spend time with both of her parents and receive the same amount of financial support she received before her parents divorced. So long as your child spends at least 10 percent of her time with you, courts in Minnesota may lower your child support obligation.

What to Do First in Pennsylvania – Divorce or Child Support?

In Pennsylvania, a final divorce judgment not only dissolves a legal marriage, but also resolves important issues related to the marriage, including property and spousal support. If the couple has minor children, the court is also tasked with making orders regarding child support and custody. Because the divorce process can take considerable time, either party may request temporary orders, which will last until the divorce is finalized.

As Kentucky parents, when you and your spouse divorce, the court sets a child support amount for the noncustodial ...

When spouses divorce in Wyoming, they remain responsible for providing financial support for their children. To clarify ...

Oklahoma, like all states, uses the "best interests of the child" standard in making custody and visitation ...

Child support in Alabama is usually determined in a straightforward manner. As in many other states, Alabama uses the ...