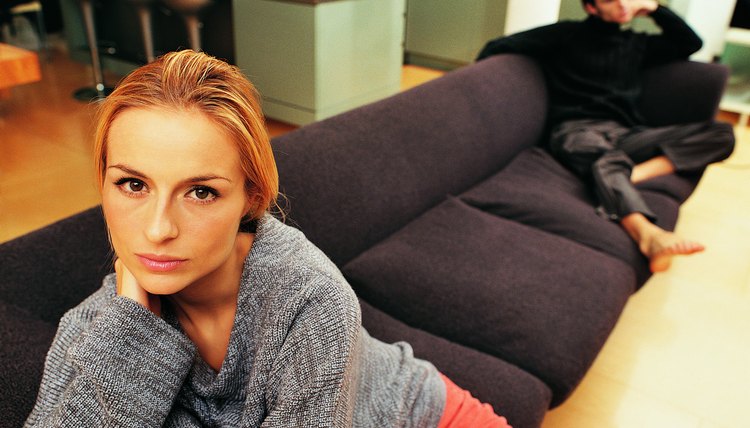 When couples end their marriages in Illinois, they typically do so through divorce. Illinois provides 11 grounds spouses may use when filing for divorce. Ten of the 11 grounds are fault-based grounds, such as adultery, substance abuse, felony conviction or infection with a sexually transmitted disease. To get divorced based on fault-based grounds, a spouse must prove the other spouse is guilty of the alleged misconduct. Since proving fault can often be difficult, spouses also have the option of filing for divorce on the no-fault ground of irreconcilable differences, which only requires a showing that the marriage is irretrievably broken and a period of separation.

While divorce is the legal process of ending a valid marriage, annulment is the legal process for ending an invalid one. In Illinois, annulment is known as a Declaration of Invalidity, and marriages can only be annulled if they fall under the categories of void or voidable. A void marriage represents a relationship that was illegal from the start. These are typically relationships in violation of the law, public policy or both, such as bigamy and incest. Because void marriages are automatically invalid, an annulment is not necessary to end them; however, a spouse may wish to obtain an annulment to establish a public record that the marriage never existed. Voidable marriages are relationships that are legal until voided by court order through annulment. If one of the spouses does not seek an annulment of a voidable marriage, the union will be treated as a valid.

Illinois recognizes four grounds for annulling a marriage: illegality (void marriage), lack of consent, inability to consummate the marriage or under the age of 18 and without parental consent. The court will invalidate a marriage for lack of consent if, at the time of the marriage, one of the parties was under the influence of drugs or alcohol, mentally impaired or forced into the marriage by force, duress or fraud. However, the annulment must be sought within 90 days of discovering the problem. If a marriage is unconsummated, the court will only annul the marriage if the innocent spouse was unaware of the other party's condition when married and files for annulment within one year of discovering the impairment. Underage spouses and their parents have until the minor reaches 18 to seek annulment. If an annulment is not sought within the prescribed time periods, voidable marriages can only be ended by divorce.

Once a divorce is finalized, the court establishes each spouse's rights and responsibilities regarding property division, alimony, child support and custody. Similarly, the court will decide issues of child custody and support at the conclusion of an annulment proceeding if there are children of the relationship.

Divorce is never easy, but we can help. Learn More
Annulment Requirements

An annulment is an alternative to divorce and available in very limited circumstances. In Maryland, the grounds for annulment fall into two categories, either void or voidable. A voidable marriage is one that is valid when it takes place, but can be declared invalid by the court. A void marriage is one that is illegal at the time it takes place and can never be made valid.

Reasons an Annulment Will Be Approved

Annulment isn't a quick and easy fix to a bad marriage, although it's sometimes rumored to be. Much like fault-based divorces, you must prove certain grounds to the court before it will grant your request. These are legally acceptable reasons why your marriage can't or shouldn't continue. With all states now recognizing no-fault divorces -- where you don't have to prove wrongdoing on the part of your spouse -- getting the court to grant you an annulment is usually the more difficult process.

Not all marriages are valid in California. If one spouse uses fraud to induce the other to marry, an annulment may be granted by the court. Annulments have the effect of restoring the parties to a position as if the marriage never occurred. However, due to the availability of divorces, annulments are applicable only in limited circumstances and require more proof than is typically needed to dissolve a marriage.

Couples often mistakenly assume that an annulment is an easier, cheaper and quicker alternative to a divorce, but in ...

What Is the Law for Annulments in the State of Oregon?

If you are contemplating an annulment of your marriage, you should know that grounds for an annulment are limited in ...

How to Get an Annulment in New York