In the context of divorce, temporary custody is truly temporary – it lasts only from the time the order is issued until your divorce is final. Its terms can have serious ramifications, however. Courts don't like to disrupt children's lives, forcing them to move from one parent's home to the other when a final decree is issued, so the parent with temporary custody may have an edge when permanent custody is decided. 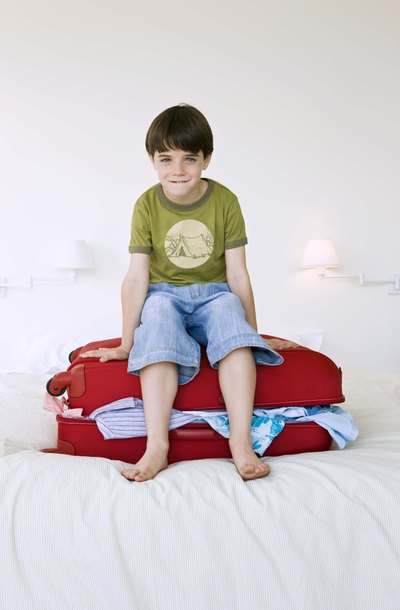 It's not usually possible to appeal a temporary divorce order, because it's already subject to change in your final decree. Your efforts might be better spent making sure the temporary order doesn't carry over to your decree. You can do this by going to trial and mounting a case that proves you're the more appropriate parent, so the court will consider moving your children from your spouse's home to yours because it's in their best interests.

You might be able to modify your temporary order rather than appeal it. The rules for this vary a great deal from state to state. In South Carolina, you can file a motion for reconsideration, but the judge might not take kindly to your argument that he made a mistake when he issued the first order. If circumstances have changed since the temporary order was entered, you can instead file a motion for modification to bring this to the attention of the court. Some states are more lenient than others about modifying temporary orders. For example, you don't have to establish that there's been a change of circumstances in Illinois.

When parents contest custody, it's usually one of the first things a court will rule on in a divorce -- at least temporarily. Even after custody terms are resolved in an order or decree, they're rarely permanent. As circumstances change, it's often necessary for parents to go back to court to readdress visitation and parenting plan issues.

Divorce decrees are not necessarily forever, especially regarding custody. Even when parents enter into a custody arrangement by consent and the terms are included in the decree, they always have the right to change their minds as to what they agreed. However, unless both parents consent to the change, modification of the decree requires court approval. Court approval hinges entirely on what is in the best interests of the children and can be difficult to achieve.

How to File for Temporary Custody in California

In California, after filing for divorce, a couple must wait at least six months before a final judgment will be issued. During this time, important issues such as child custody may be addressed through temporary orders. Although temporary custody orders typically require the participation of both spouses, the state allows certain emergency orders to be issued without your spouse's presence.

Most state courts base custody decisions on the best interests of the children. Many legislative codes are vague about ...

How Does Temporary Custody Work in MO?

There are few hard and fast rules when it comes to child custody and Missouri’s statutes are no exception. Custody ...