States generally define cohabitation as two unmarried people living together as if they are married, but their laws vary. As of 2018, a handful of states still consider it illegal for unmarried people to live together. Tennessee, however, is not one of those states. While it does not recognize common-law, or informal, marriage, there are no prohibitions against a couple living together outside of commitment. 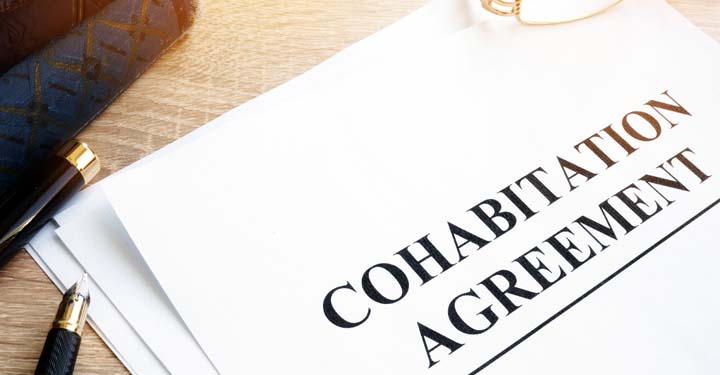 Unmarried couples do not receive the same protections as married couples, particularly when it comes to property acquired during the relationship. However, they can enter into a cohabitation agreement that covers a variety of issues, including property rights and finances.

Because cohabitation agreements are contracts, they are legally enforceable in Tennessee. Because Tennessee does not recognize common-law marriages, a couple who has lived together for decades does not have any of the rights that wed couples get under state law. For example, marital and community property laws govern treatment of property acquired by married couples, but property acquired by unmarried cohabitants is less clear. There is also no financial support attached to an unmarried cohabitant, unless there is an agreement to the contrary. A cohabitation agreement is one way to protect yourself against inequitable treatment and safeguard your interests in the event your relationship ends.

This document can also afford certain rights to couples staying together. For instance, it can grant powers of attorney between the parties to allow them to make important medical and financial decisions for each other in the event one party becomes incapacitated. Generally, parties can agree to anything they want in a cohabitation agreement as long as the actions involved are legal.

Preparing and Enforcing a Cohabitation Agreement

Essentially, a cohabitation agreement is a contract between two people, so they should present it as a formal, written document. If you are interested in creating one and need help drafting it or have any questions about how to begin, it may be beneficial to reach out to an experienced attorney to help you get started. Consulting an attorney is also helpful, especially if you want the agreement to cover complex issues or if your agreement involves children.

Tennessee generally enforces cohabitation agreements as long as they meet the requirements of a valid contract under state law. However, there are some exceptions. For instance, if the agreement does not provide for a fair division of assets and debts, it may not be enforceable. Courts are much less likely to enforce oral and implied agreements, and they often consider cohabitation agreements that involve trading sexual favors for financial support to be illegal and unenforceable.

Although Tennessee does not grant single cohabitants the same rights as married couples, the cohabitants can still take actions to protect themselves against unequal treatment should they end their relationship or to protect their relationship by granting each other the kind of authority married couples have. A cohabitation agreement is a useful tool that helps the couple protect their assets and plan for the future.

Petition for Guardianship of the Estate of a Minor in Illinois