Does Bankruptcy Supercede a 1099C? 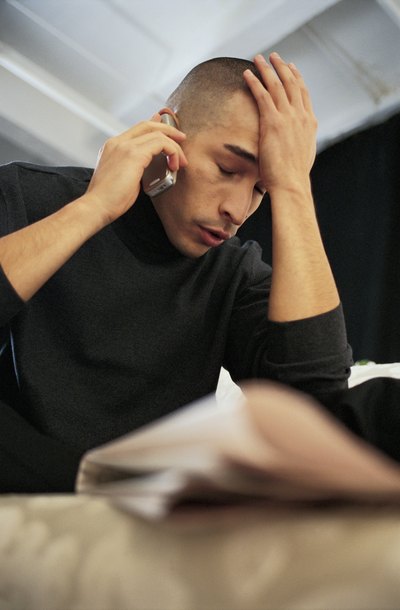 When a creditor writes off or cancels your debt, this results in something of a tax perk to the company because the Internal Revenue Service no longer considers this money as income to the creditor. The IRS doesn't want the potential for taxation of this money to go away, however, so it shifts the liability to you. When a creditor cancels debt you owe, this relieves you of responsibility for paying it, and because you don't have to repay the obligation, the money stays in your pocket. Therefore, the IRS takes the position that it's income to you. You have to claim it on your return and pay taxes on it. If the amount of forgiven debt exceeds $600, the creditor must send you a 1099-C form, indicating cancellation of the debt. The creditor sends a copy of the form to the IRS as well, so the IRS is aware of what happened.

When your bankruptcy discharges a debt, that debt ceases to exist. Therefore, if you file for bankruptcy and receive a discharge of the debt that the creditor eventually forgives and sends you a 1099-C for, the creditor technically has nothing to cancel because the debt is already gone. Your bankruptcy discharge supersedes the 1099-C and relieves you of responsibility for claiming the money as income. It doesn't happen automatically, however. You have to alert the IRS that you filed for bankruptcy, so the creditor actually had nothing to cancel. You can do this by filing IRS Form 982 with your tax return.

The timing of your bankruptcy is critical because a discharge only applies to debts – you can't discharge income. If you file for bankruptcy after you receive a 1099-C, what you have at this juncture is income, not a debt that you want to get rid of. The debt went away when the creditor forgave it; at that point, it became income to you. Therefore, if you receive a 1099-C before you file for bankruptcy, your bankruptcy proceedings won't affect it and you must report the income on your tax return.

If a creditor cancels your debt before you file for bankruptcy, you may have one other option for avoiding claiming the debt as income. Although you can't include the debt in your bankruptcy proceeding, you can take the problem up with the IRS. The IRS makes an exception for paying taxes on 1099-C income if you're insolvent at the time the debt is cancelled -- you had more debts than the value of your total assets could cover. If you filed for bankruptcy, this may have been the case. This is a separate issue from your bankruptcy, however.

Get a free, confidential bankruptcy evaluation. Learn More
Tax Penalties and Interest in a Bankruptcy

C corporations -- corporations that have not elected to be taxed under Subchapter S of the Internal Revenue Code -- enjoy two main advantages over partnerships and sole proprietorships: limited liability and corporate taxation. Limited liability is the main reason that most businesses choose to incorporate. However, the IRS treats corporations differently from partnerships and sole proprietorships for the purposes of both income tax and self-employment tax, often resulting in a net tax savings for shareholders.

Can the IRS Levy Wages if You Are in Chapter 13?

A chapter 13 bankruptcy allows you to stop collection actions by creditors, including wage garnishments. You must draw up a plan for partial repayment of unsecured debts, such as credit card balances and personal loans. After you've completed payment according to the plan, the bankruptcy court discharges any remaining unsecured debts allowed by law. You get a clean financial slate with the exception of some nondischargeable debts, like federal taxes.

When your bankruptcy case comes to an end, it is said to have closed, but how it closes could have a significant impact on your liability for your debts. For example, if the court discharges your bankruptcy, you are no longer liable for your debts. If your bankruptcy is dismissed, however, you are still on the hook for payment. Even worse, the automatic stay that prevents creditors from coming after you during the bankruptcy process can be shortened or eliminated altogether if you file for bankruptcy again in the future.

When housing prices fluctuate, your investment property may lose so much value that you end up owing more on your ...

Can the IRS Charge Interest & Penalties While You're in Bankruptcy?

Bankruptcy rules and regulations – particularly regarding taxes – can be highly dependent on the chapter you file. ...

If you've filed for bankruptcy protection, you benefit from an automatic stay of collections by your creditors. This ...

What Bills Will Bankruptcy Cover?

Bankruptcy can be a complex process because different rules apply to different types of debts. Chapter 13 cases cover ...