The California Law When the Deceased Has No Will

If a person dies intestate, or without a will, in California, his estate is subject to California's intestacy laws. Unlike a will, which allows a person to name all those he wants to inherit from his estate, intestacy laws automatically consider his living family such as his spouse, children, parents and siblings. 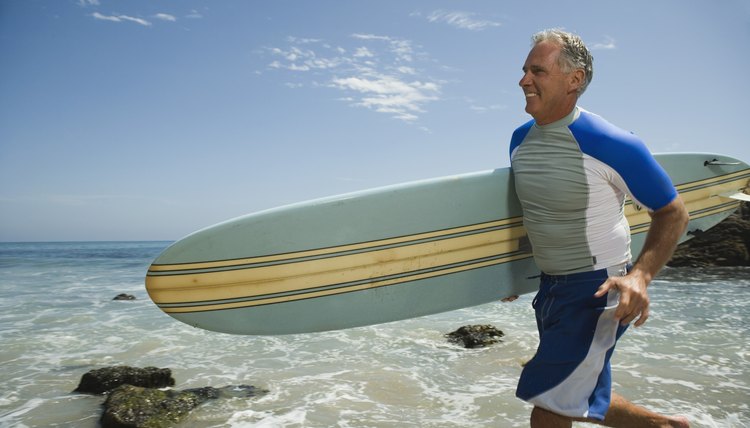 Surviving Spouse but No Children

A surviving spouse is still entitled to all the community and quasi-community property of the deceased even if the deceased had children. If he has one child, his separate property is divided between the child and his spouse equally. If he had more than one child, the spouse gets one-third of his separate property, with the remaining two-thirds going to the children. If the decedent has no surviving spouse but has surviving children, the children inherit his estate equally in California. California intestacy laws allow for the inheritance by a decedent's grandchildren if their parent, the decedent's child, died before him. The grandchildren inherit the same share that their parent would have received.

A person must live at least 120 hours after the deceased person died; otherwise, she is considered to have predeceased him under California intestacy laws. Half-blooded relatives inherit the same as a full-blooded relative would. If the decedent put up children for adoption, those children usually don't inherit from his estate because a legal adoption ends the relationship between them.

Protect your loved ones. Start My Estate Plan
The Definition of an Heir in California Probate

Who Is Legally the Next of Kin?

Next of kin is a legal term that comes up when someone has died without a will. If an individual dies without leaving a valid will, her estate passes to the relatives described as next of kin in the state's intestacy laws. Most states consider the deceased's surviving spouse and children next of kin for inheritance purposes.

Colorado State Laws on Community Property When a Spouse Dies

When a Colorado spouse dies, his property is distributed by the terms of his will, if he has one; however, a spouse cannot completely disinherit his spouse in a will since Colorado law steps in to limit how much the deceased spouse can give away to someone else. If a spouse dies without a will, his property passes according to state law, which gives a large share to his surviving spouse.

Colorado's intestacy rules are similar to the rules found in other states but don't provide for inheritances by remote ...

Under Michigan law, when a person dies without a will, it is said the person died intestate. The law has rules for what ...

How to Determine Who Is an Heir

Although the terms "heir" and "beneficiary" are often used as though they mean the same thing, they do not. ...

Dying Without a Will in Delaware

You may have preferences as to which family member or friend receives your property after your death and those wishes ...