To heir is human: These are the individuals who inherit an estate if the deceased did not leave a will. Most people have one heir or another under the law. Since the names are not listed in a will, the administrator in charge of a California probate must make a diligent effort to identify and locate them. 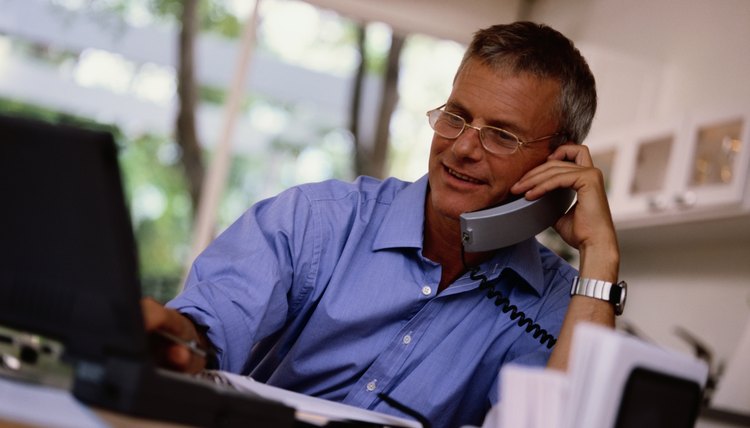 If a person dies leaving a valid will, he is said to die testate. The persons named to inherit are called beneficiaries, and the executor named in the will is in charge of moving the estate through probate. If a person dies without a will, he dies intestate. In California, the probate court appoints an administrator to handle probate. One of the first jobs of the administrator is to identify and locate the deceased's heirs: his next of kin as described in the intestate succession statute. The law requires her to give written notice to each heir of the time and place of the initial probate hearing.

California intestate succession law lists the relatives and the order in which they inherit. A surviving spouse or domestic partner is first on the list, followed by the decedent's children and then the decedents' parents. If these family members are dead, missing or nonexistent, the administrator must dig further into family history.

An administrator is in a fiduciary relationship with the heirs and owes them the highest duty of good faith and fair dealing in every task she undertakes, including attempting to locate and notify them of the probate. In addition, probate rules specifically require that the administrator make a reasonable and diligent search for heirs. Generally this requires an active effort on her part, sifting through the decedent's documents, questioning family and friends, sending letters to last known addresses, and making use of every available tool to locate heirs. Before probate closes, the administrator must write down her due diligence efforts in a declaration to the court, which is made under penalty of perjury.

Failure to Exercise Due Diligence

When an administrator fails to exercise due diligence in her attempts to locate heirs and some heirs come forward after the close of probate, California law requires that the probate case be reopened. Any person who received property that he was not actually entitled to under the will is said to have been unjustly enriched. The court can rule that the unjustly enriched person is holding that property in constructive trust for the rightful heirs, which means that he actually cannot use the property but must transfer it to the proper owners, the late-appearing heirs. A dishonest or willfully negligent administrator may also be subject to civil or criminal penalties.

Protect your loved ones. Start My Estate Plan
How to Divide Property Among Heirs in Mississippi

The term "heir apparent" is sometimes used to signify the person chosen to succeed the boss in a business, but this distorts the legal meaning. An heir is a person who inherits property after a death if the decedent did not leave a will. In all states, surviving spouses and children top the list.

New York, like all other states, recognizes a written will as the proper method for making your wishes known as to the distribution of your assets when you die. The executor is the person named in the will to see that the terms of the will are carried out. If an executor dies before she has completed her duties, the court must appoint a new executor.

Wills often nominate an executor to administer the deceased’s estate after he dies. Once officially appointed by a ...

How to Probate a Will in BC, Canada

In Canada, all wills are subject to probate, a court process that validates the will and gives the legal authority for ...

Will and Probate Requirements in Kentucky

When a person dies in Kentucky, most of the property in his estate passes through the state's probate process. During ...