California Law Regarding Nonprofit Board of Directors

In general, a nonprofit may adopt a set of written bylaws that govern the number, selection, management duties and grounds for removal of its directors, so long as the bylaws do not conflict with California law or the nonprofit's articles of incorporation. A nonprofit must have a board of directors, and all of the activities of the nonprofit are performed at the direction of the board. 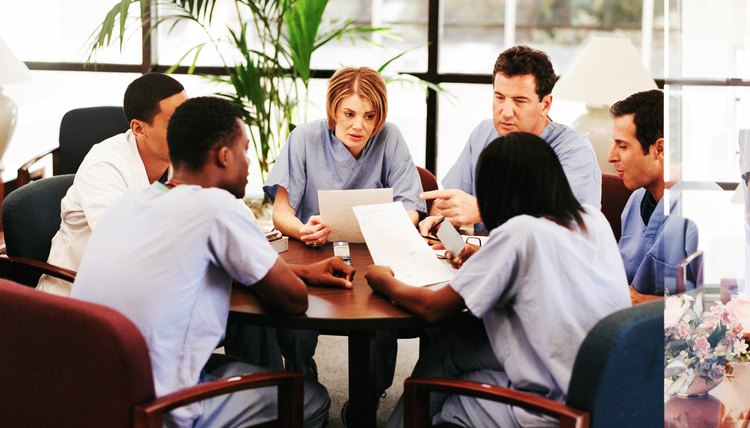 A nonprofit corporation is formed by filing articles of incorporation with the secretary of state. The individuals involved in the incorporation process have the option of specifying in the articles the names of the initial board of directors; however, in most cases, the initial directors are named in the bylaws adopted at the nonprofit's first organizational meeting after incorporation. The bylaws should specify the term for the initial directors, which can be a maximum of four years. If the nonprofit has no members, the maximum term can be six years. If no term is specified in the bylaws, California law provides that the term shall be one year.

California law sets forth several rules that only apply to directors of a nonprofit corporation. For example, a nonprofit board cannot have more than 49 percent of its current directors be "interested persons" as defined in Corporations Code section 5227, which includes any person receiving compensation from the nonprofit for services rendered within in the past 12 months and such a person's close family member. Also, directors must be present at a board meeting to vote and cannot vote by proxy. The directors present at a board meeting can only have one vote per issue voted on.

Nonprofit Articles of Incorporation in Florida

The Florida Not for Profit Corporations statute controls the formation of nonprofits operating in the state. A new nonprofit must file articles of incorporation with the Florida Department of State to begin its corporate existence. The articles must comply with the state statute, which lists information that must be included in the articles as a minimum for the state to accept the document and optional information that can be included in the articles if the organizers want to limit the nonprofit's operating authority.

If a particular board member is holding back your nonprofit organization, you may be faced with the difficult decision of removing the member. North Carolina nonprofit law regulates how a nonprofit can remove a board member. Additionally, you should consult your bylaws and articles of incorporation, which may specify when and how to remove someone from the board. After going through the process of removing a board member, you may realize that it is time to update your bylaws.

How to Setup Directors in an S Corp in California

An S corporation, similar in many ways to a standard C corporation, elects to be taxed as a pass-through entity by the Internal Revenue Service rather than to pay corporate income tax. When you file articles of incorporation in California, you must also file Form 2553 with the IRS to confirm the S corp election. Corporate statutes, in the state where a business is formed, govern S corporation management. As such, California corporate law sets forth the rules for setting up a board of directors.

Can the Board of Directors Fire the CEO of a Nonprofit Company?

The board of directors can fire the CEO, otherwise known as the executive director, of a nonprofit company. It is the ...

How to Remove an Officer of a Corporation

The individuals charged with making important strategic and financial decisions for a corporation must act based on the ...

If the president of your nonprofit organization is ineffective or unwilling to provide dependable leadership, removing ...

A 501(c)(3) auxiliary organization is an independent legal entity organized to support a parent organization that is ...