Parents always maintain the right to go back to court to change custody arrangements after their divorce is final. The real question is whether the court will grant a request for modification of your order. Courts don’t want to force children to live in a bad situation when their custodial parent’s circumstances change, but neither do they want to move children back and forth between parents without good cause. Changes that warrant a modification of custody must usually be material, substantial and occur in the home in which the child is living. 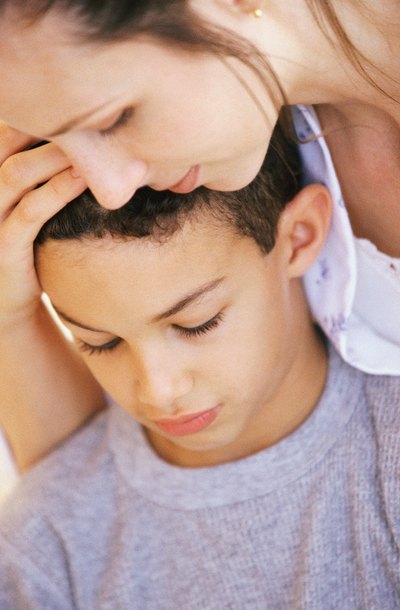 A “material” change is one that directly affects the welfare of your child. If your ex has custody, and if he begins a relationship with a new significant other who has a history of drug abuse or alcoholism, a court might not consider this a material change unless your child is exposed to this individual when she’s been using drugs or drinking. If she’s always on her best behavior when your children are around, her history of substance abuse does not have a direct, material effect on them.

If you gave up custody because you were experiencing some problem in your life at the time of your divorce, and you’ve fixed those problems and want your child back, this probably is not enough to convince a court to restore custody to you. You’ve changed. Your child’s environment has not. Therefore, there’s no legal reason to uproot her. Substantial and significant changes usually mean something has dramatically deteriorated in your child’s home. Your ex’s new girlfriend may have moved in, and she’s abusing your child. Your ex may have developed a drug or alcohol problem, and he’s neglecting your child. Maybe your ex has moved to inadequate housing. He may have taken a new job where he works all night. Your child is in school all day, so this drastically reduces her daily contact with any parent if she’s not living with you. A substantial change must be harmful or dangerous for your child.

In most states, you must file a post-judgment motion with the court if a substantial, material change has occurred in your ex’s home and you want to ask the court to change custody to you. The change must have occurred since the court issued your existing order. You can’t go back and rehash issues that existed before your divorce. Most courts require that your motion include a written affidavit or certification detailing the factors that have changed.

Modifying custody is not something a court takes lightly, so after reading your motion request, a judge usually schedules a trial if he thinks your case has merit. If your child’s other parent opposes the change in custody, you’re most likely facing a contentious court battle. However, some factors may tip the scales in your favor. In most states, teenagers can state their preference regarding the parent with whom they want to live. This doesn’t necessarily mean a judge will abide by your child’s wishes if she wants to live with you, but he’s obligated to take her wishes into consideration. If your ex has deliberately denied you time with your child and has attempted to curtail your relationship with her, this usually influences a court as well. Judges generally want proof of allegations you make against your ex to warrant a custody change. Substantiate your case for abuse or neglect by including copies of police reports, medical records and school records. In most states, you can also use the testimony of witnesses.

Divorce is never easy, but we can help. Learn More
How Can I Get Custody if My Ex-Wife Has Been Married Four Times?

Can a Parent With Sole Custody Deny Visits?

If you have sole custody, you probably have a court order that awards you both legal custody and physical custody. Physical custody means that your child lives with you. Legal custody means you make all important decisions regarding your child without input from his other parent. Because all states believe a child should enjoy regular contact with both parents, the court order giving you sole custody probably specifies visitation times between your child and your ex. If so, you can’t suspend that visitation on your own. Only the court can deny visitation.

Nothing is forever, not even the terms of a divorce decree. If the custody arrangement in your decree no longer works ...

Divorce decrees are not necessarily forever, especially regarding custody. Even when parents enter into a custody ...