Can a Chapter C Corporation Carry Over to a Personal Tax Return?

Once you file the appropriate documentation to create a legal corporation in your jurisdiction, state and federal law will recognize the corporation as an independent entity. For federal tax purposes, the entity is subject to income tax under Subchapter C of the Internal Revenue Code and is referred to as a “C corporation.” Since Subchapter C treats corporations as distinct taxpayers, the net income or loss doesn’t carry over to the personal tax returns of shareholders. 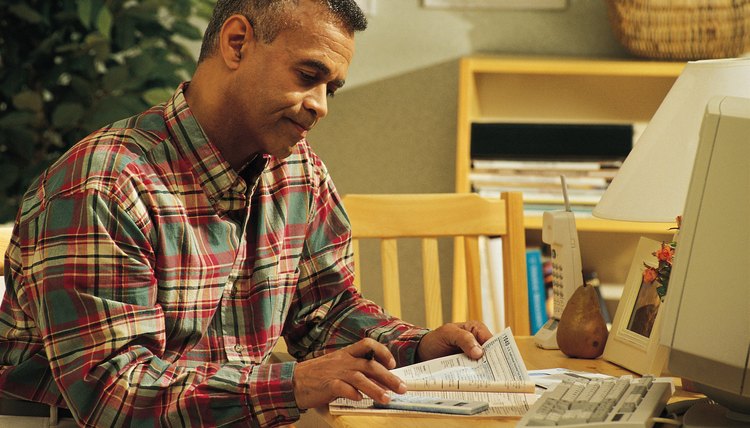 The Internal Revenue Service requires the filing of corporate tax returns by all C corporations on Form 1120. Form 1120 reports the corporation’s taxable income, which is the amount of business earnings or profit that income tax is calculated on. A corporation’s taxable income is computed as gross revenue minus the sum of all deductible business expenses the corporation is eligible to take and any net operating losses incurred by the corporation in prior years. As a result of being an independent tax-paying entity, a C corporation will need to file its 1120 under a unique employer identification number – never under a shareholder’s Social Security number.

Business owners who operate as sole proprietors report business earnings and losses on their personal tax returns and calculate their tax due using individual income tax rates. With a C corporation, however, individual tax rates are irrelevant since the federal tax law uses corporate tax rates instead. Corporations may also owe tax at the state level as well.

C corporation shareholders aren’t entitled to distributions of profit, but in many cases, a corporation’s board of directors will declare a dividend. Dividends are payments made from a corporation’s profit or retained earnings and are paid to each shareholder based on the number of shares they own. Shareholders who receive dividends must report the payments on their personal tax returns and calculate the tax using ordinary personal income tax rates, or if they’re “qualified dividends,” using the lower long-term capital gains rates instead. However, dividends are paid out of a corporation’s after-tax funds, meaning they aren’t deductible to the corporation. This results in double taxation, since shareholders have to pay tax on earnings that have already been taxed at the corporate level.

Double taxation can be avoided by small C corporations that are eligible to make an S corporation election on Form 2553. There are a number of criteria the corporation must meet, such as not having more than 100 shareholders and not having a single shareholder who is a nonresident alien. S corporations, which are subject to tax under Subchapter S rather than Subchapter C, aren’t tax-paying entities. Instead, shareholders report their proportionate share of corporate income and losses on their personal tax returns.

Ready to incorporate your business? Get Started Now
What Forms Do I Need to File for an S Corp?

Classification of a corporate entity as a C corporation rests entirely on whether it’s subject to the income tax rules in subchapter C of the Internal Revenue Code, or IRC. The C corporation designation solely relates to income tax, so states make no distinction when you create the entity. However, many state taxing authorities recognize the designation for state income tax purposes.

Tax Benefits for Matching Charitable Donations as a Corporation

Corporations commonly use matching programs to increase the amount of charitable donations made by their employees. However, in addition to the intangible benefits of helping needy charities, there are tax benefits of which a corporation can take advantage. For federal income tax purposes, the donations a corporation matches aren’t attributed to employees, but are instead deductible on the corporation’s tax return.

If you’re debating whether to open a business under a corporation or as a sole proprietor, your decision can ...

C corporations -- corporations that have not elected to be taxed under Subchapter S of the Internal Revenue Code -- ...