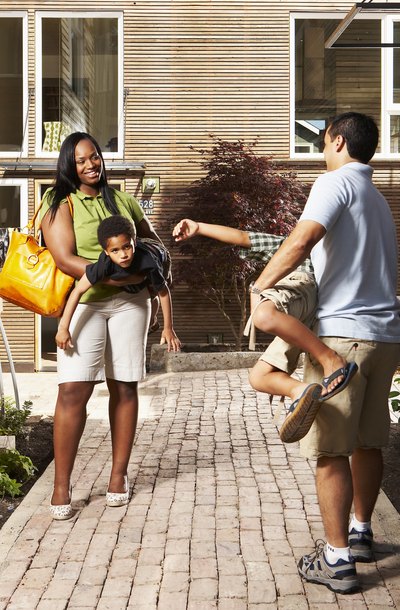 Parents have the option to reach a child support agreement on their own. A judge must still sign off on the settlement, but parents may be able to pay less child support if they reach a settlement rather than relying on the state's child support calculations. If one parent is having financial difficulties, settlement can minimize legal costs and may include provisions for increased support when the hardship ceases.

Parents may petition the court to modify their child support obligation when their financial situation or the needs of the child change. For example, if a child switches from private to public school, this might be grounds for modified child support. Parents should file a petition for child support modification in the same court where the original child support order was issued. When parents both agree that child support should be modified, they may sign a joint petition, increasing the judge's likelihood of granting the reduction.

Kentucky uses what is known as an Income Shares model for calculating child support. This model attempts to recreate the level of support provided for the child when the parents were living together. Although the initial computation is mathematical in nature and fairly rigid, flexibility exists for judges to deviate from the guidelines in certain cases and to modify the obligation to account for future changes.

When parents divorce, the parent who is responsible for the day-to-day care and physical custody of the children (the custodial parent) receives regular financial assistance from the noncustodial parent in the form of child support. Courts award and modify child support amounts based on each parent's financial situation and child's changing needs. When it comes to paying for college, state laws vary significantly, so parents in one state may be required to contribute to such expenses while parents in another state may be under no financial obligation to do so after the child reaches the age of majority, often 18. Of course, marital settlement agreements also come into play as parents are free to agree to the terms of child or college support during divorce proceedings, provided the terms meet minimum state guidelines.

In Illinois, as in all states, parents are responsible for financially supporting their children. This is true even ...

A divorce does not terminate parents' financial responsibility to their children, and parents of a disabled child ...

What Is the Maximum Amount of Child Support in Maryland?

A divorce does not end a parent's duty to financially support his children. In Maryland, child support is calculated ...

When Can Child Support Be Terminated in Kentucky?

In Kentucky, child support usually terminates when a child reaches the age of majority, which under Kentucky law, ...