Can a Corporation Stay Inactive or Does It Have to Be Dissolved?

In most states, corporations have an obligation to remain in good standing and avoid penalties, whether the company is active or inactive. A corporation is an independent entity formed and dissolved under state law, with an existence separate from its owners. State laws that allow a corporation to be formed often allow it to stay in existence perpetually until dissolved, even if the shareholders change or pass away. 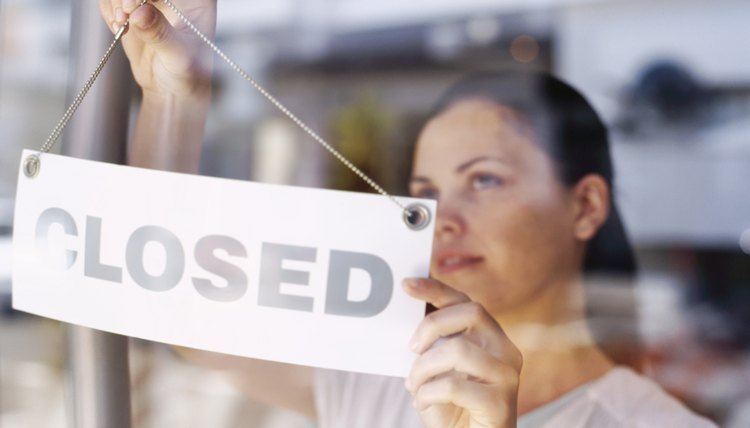 An inactive corporation is one that does not engage in any business, although it is still registered with the state and has not filed dissolution documents. When a corporation does not make any sales, enter into any new contracts or provide any services to the public, it is inactive. Some states will consider the corporation inactive only if it has no employees and no property in the state. Inactivity is often the first step of dissolving a corporation, but the company may choose to return to activity instead of dissolving.

Effect of Inactivity on Good Standing

The only way to completely remove a corporation's obligations to a state is to dissolve the corporation. However, a few states, such as Pennsylvania and New Jersey, allow inactive corporations to file an inactive tax report to avoid corporate tax liability for the years a company does not engage in business activity. However, not all states have this option for corporations and may still require inactive companies to pay the minimum entity tax for corporations.

Ready to incorporate your business? Get Started Now
The Difference Between Delinquent & Inactive Corporations

How to Change the State of Incorporation

Corporations have several options when it comes to expanding to new locations or relocating the home base. The state in which the corporation chooses to incorporate is known as its home base, or "domicile." The corporation is considered a citizen of that state. It is relatively easy to obtain the authority to operate in other states as a foreign corporation, while changing the domicile is a more complicated procedure.

What Is an Inactive Corporation?

How to Transfer Liability From a Sole Proprietorship to a Corporation

A sole proprietorship is a business operated by a single individual and is not registered with any state as a corporate or limited liability entity. A sole proprietorship is easy to set up and maintain, but its major drawback is that the owner-operator is personally liable for the debts and obligations of the business. In contrast, a corporation is a business operated by one or more persons who are registered with the state; a corporation protects its owners from personal liability for company debts and obligations. Thus, most owners of sole proprietorships eventually convert, or consider converting, their businesses to corporations to avoid personal liability.

Can I Reinstate an Inactive Corporation?

How to Re-Open a Dissolved Company

In theory, corporations can exist forever, but they can also go out of business or be dissolved for other reasons. For ...

A corporation is an independent business entity, formed under state law by filing articles of incorporation. The state ...

The Dissolution of an S Corp

An S corporation is a corporation that is subject to special IRS taxation rules. Except for certain taxation issues, ...