Can a Divorce Take Place in Texas if the Spouse Is Incarcerated?

If you wish to divorce your incarcerated spouse in Texas, the procedure is much like any other divorce. The residency requirement must be met, after which Texas provides three grounds for divorce, which may be used to justify dissolution of the marriage. Two grounds for divorce of an incarcerated spouse are fault grounds and one is no-fault. The Petition for Dissolution must name one of these grounds as justification for the divorce. Once filed, the incarcerated spouse must either waive service or the Petition must be served on the spouse at the correctional facility. 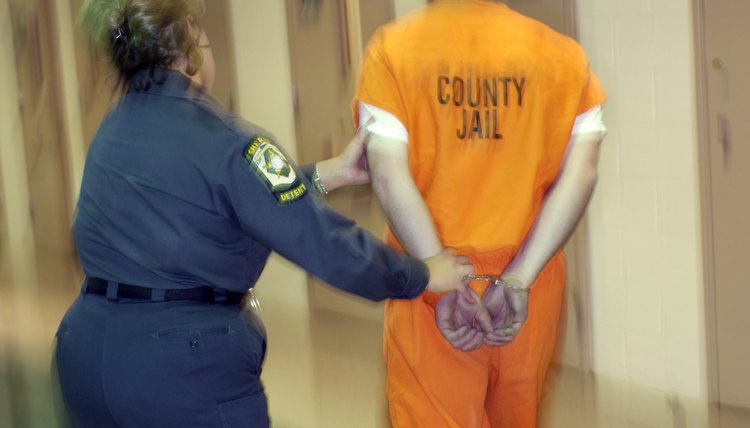 Seeking a divorce in the state of Texas requires that one or both spouses live within the state for at least six consecutive months before filing the divorce paperwork with the court. You begin the divorce by drafting a Petition for Dissolution of Marriage and filing it with the circuit court in the Texas county of residence. The petition must explain why the divorcing spouse wants the divorce. In other words, you need to state the grounds for the divorce. Your spouse must receive notice of the divorce action, unless he signs a waiver which states that he does not want or need notice. If no waiver of service is signed, a professional process server, who is located in the same county as the correctional facility where the spouse is incarcerated, must deliver a copy of the Petition to the incarcerated spouse. If the incarcerated spouse contests the divorce, he must execute a power of attorney that gives an attorney licensed in Texas the right to speak for him at all hearings, since your spouse will be unable to appear in person in court.

Title 1, section (C) (6) (a) of the Texas Family Law Code explains the divorce grounds recognized as Texas law. Texas recognizes three grounds that can be used to divorce an incarcerated spouse. The first is insupportability, which, in Texas, is the only no-fault ground. Differences or disagreements between the spouses, which cannot be resolved, facilitates use of this ground. There is no requirement that the specific irreconcilable differences of the spouses be named or explained.

Conviction of a Felony

The third ground for divorce in which one spouse is incarcerated in Texas, is if spouses have lived apart for three or more years. There is no requirement that the incarcerated spouse be incarcerated for the entire three years, or that living apart was the result of the incarceration.

Divorce is never easy, but we can help. Learn More
How to File for a Divorce If Your Spouse Is An Inmate in New York State

What if Your Spouse Refuses to Be Served Divorce Papers in NY State?

If you are seeking a divorce in the state of New York and your spouse refuses to receive the papers, you may still obtain a divorce. Despite a refusal to accept papers, there are methods by which divorce papers can be served that eliminate the need for acceptance. As such, service will be effected and the divorce can proceed.

How to Get Divorced From Someone in Prison in Georgia

To divorce a spouse who is currently in prison, a husband or wife must follow the divorce laws and civil procedure laws of Georgia. The general requirements to divorce an incarcerated spouse are the same as the requirements to divorce a spouse who is not in prison. However, incarceration may affect court location and the process of serving divorce papers on the other spouse. In addition, incarceration can impact custody rights decided during a divorce.

Rights of Divorcing Felons in Texas

A felon who is getting divorced in Texas has the same rights as any other person getting divorced in the state. However, if the felon is incarcerated at the time of the divorce, he can face some difficulties in exercising those rights. Further, if there are children of the marriage, the court might terminate the felon's parental rights as part of the divorce, depending on the crime he committed. Commission of a felony is a ground for divorce in Texas and could cause a court to award most of the couple's property to the felon's spouse.

Do You Get an Automatic Divorce if a Spouse Is Incarcerated in Virginia?

While the state of Virginia does not provide an automatic divorce from an incarcerated spouse, the state provides two ...

In an uncontested divorce, both spouses agree about all the terms of the divorce, such as division of property, child ...

The Inability to Serve Divorce Papers in Texas

It's frustrating when the respondent in a lawsuit is dodging process, especially in a divorce case. Ordinarily, a ...

The Pennsylvania Laws on the Spouse Divorcing an Inmate

The Pennsylvania Code basically defines an inmate as a person committed to a term of imprisonment or in the custody of ...