Can a Divorced Wife Sue for More Alimony?

Usually, although not always, alimony -- spousal support as it it called in some states -- must be awarded in the initial divorce decree for the former wife to modify the amount after the divorce is final. State laws that very from state to state govern what type of alimony is awarded and how the amount is calculated. Since laws are similar in most state jurisdictions, a general discussion affords a basic understanding of the requirements for a post-divorce increase of the original alimony award. 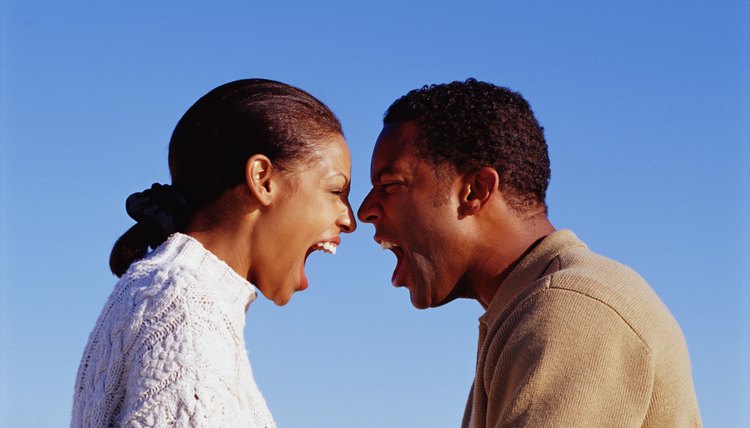 Most states recognize three types of alimony. Lump sum alimony is one amount paid at once or over a period of time to aid the spouse who is in the most vulnerable financial position after the divorce. Rehabilitative alimony is a monthly sum awarded for a specific period of time to support the needier spouse while he or she rehabilitates a career by going back to school and searching for employment. Permanent alimony is a monthly amount paid indefinitely, usually ending at the death of either spouse or upon the receiving spouse's remarriage or cohabitation with a domestic partner. Permanent alimony is most often awarded in longer marriages where the receiving spouse did not work and did not develop sufficient career skills to support herself.

Spouses may agree on the type and amount of alimony in the marital settlement agreement that is ultimately incorporated into the final divorce decree. If no agreement can be reached, the judge looks to state laws for guidelines and calculations to determine an alimony type and amount. An advantage to entering into an agreement regarding alimony is that the spouses can dictate the circumstances in which alimony will increase, decrease or terminate altogether. Also, paying spouses can often avoid court-ordered permanent alimony by agreeing to a lump sum payment. Lump sum alimony, when awarded by the court, is typically not modifiable.

In situations where the spouses have not agreed on alimony in a marital settlement agreement, the court considers several factors when deciding what type and amount of alimony to award. Before the court reaches a decision, the situation of each spouse is measured according to certain factors, including: education and earning capacity; current income from employment, pensions, retirement and profit-sharing plans and annuities; age; mental and physical health; contributions made to the marriage; accustomed lifestyle; obligations such as minor children making it difficult for a spouse to work outside the home; tax consequences; and degree of fault necessitating the divorce.

Standards Required for Modification of Alimony

Alimony is modified only when there is a material change in circumstances that affects earning capacity, income and need. When deciding to modify alimony, courts generally consider the following factors: a pay raise or ending of a child support obligation for the paying spouse, or job loss or illness of the receiving spouse. If lump sum alimony was awarded or agreed to in a settlement agreement, it is generally not modifiable even when a substantial change in circumstances occurs.

The modification process begins with a petition asking the court to modify the original alimony awarded in the initial divorce decree. The petition must state the substantial change in circumstances prompting the request for a modification order. It must be served on the other spouse, who has a certain number of days to file an answer. If the answer disagrees in any way with the requests or facts presented in the petition, the court will hold a hearing. Sometimes, depending on the state, spouses are ordered to mediation to try to reach an agreement on their own. If mediation is unsuccessful, or is not ordered, a trial is held where the petitioning spouse must prove a substantial change in circumstances exists. The judge then decides whether to grant the modification, and if so, the proper amount of increase.

Modification After the Obligation Is Fulfilled

Once the divorce decree is final and the terms of the ordered alimony obligation is fulfilled, modifications are not generally allowed. Courts will sometimes consider an alimony modification if the spouses agreed in the final decree or corresponding marital settlement agreement to reserve jurisdiction to the family court to allow later modification of the decree. Modification of alimony after the order has been fulfilled may also occur to correct an error contained in the final decree regarding alimony.

Divorce is never easy, but we can help. Learn More
Alimony Laws in Tennessee

Spousal support, or alimony, refers to the payments made to one spouse by the other during a separation of after a divorce. It is based either on an agreement between the couple or by a determination of the court. The purpose of spousal support is to limit any unfair economic effects of the divorce to the receiving spouse who is typically a non-wage earner or the lower-wage earner of the two. For example, a spouse who left the workforce to raise the couple's children might need money to get job training that will help her support herself after the divorce. While the length of the marriage is a factor that courts consider before awarding spousal support, it is usually not the only consideration.

What if a Spouse Refuses to Pay Alimony?

When a divorce court orders alimony, the order is made part of the original divorce decree. Even when the spouses have reached a marital settlement agreement that includes an alimony amount, that agreement is made enforceable in court when the judge signs off on it. Divorce and alimony are governed by state law, and laws vary across the country, but all states allow a spouse who is entitled to alimony but is not receiving it to return to court to enforce the original alimony order.

What Voids Alimony Payments in Nevada?

Marriage is as much about money as it is about love. When two people depend on each other financially, especially over ...

When couples divorce, one or both spouses may ask the court to award alimony, also known as spousal support and ...