Can an Estate Be Sued?

Estates, which are made of the assets of the decedent, are considered a legal entity under state law. This legal entity is designed to conclude the decedent's financial affairs and transfer his property to his beneficiaries and heirs. State law governs estate and litigation rules; therefore, it is important to seek the advice of legal counsel in order to comply with any special rules. For example, in response to the recent foreclosure epidemic, Wyoming recently passed a law governing the foreclosure process when the homeowner has died. 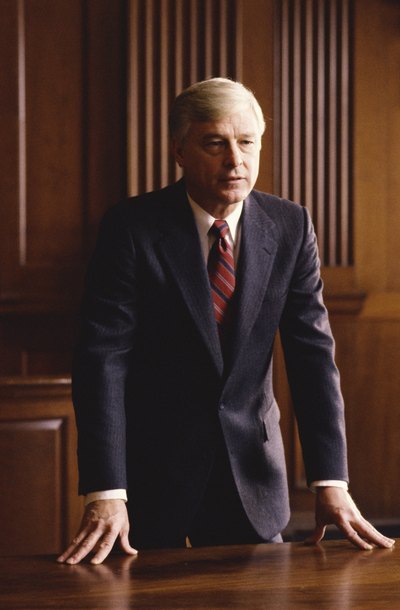 Continuation of a Case Against the Decedent

Sometimes an estate becomes implicated in a case because the decedent died as the matter is going through the courts. When this occurs, the estate essentially steps into the decedent's shoes, and the estate cannot be settled until the claims have been determined in the lawsuit. Additionally, someone can sue the decedent if his death created a claim for that individual. For example, if the decedent died in an accident that he caused and injured another person, that person generally could sue the estate.

Not only can estates be sued, but estates can also initiate litigation. Estates are subject to the same litigation rules as other claimants. For example, the estate of the late Michael Jackson was able to sue the operators of a website for improperly selling merchandise with Jackson's likeness without permission from the estate.

Though many of the rules are the same with respect to suing an estate versus a person, some rules are different, given the nature of an estate. Many states have a shorter time period in which potential claimants can make a claim against an estate. Due to the complexities involved in litigation relating to an estate, it is imperative to consult with counsel.

Protect your loved ones. Start My Estate Plan
Suing the Executor of a Will

What Are the Requirements for Settling an Inheritance?

How to Stop Estate Executors That Steal Everything

The executor of an estate is generally a person the deceased named in his will, a person who submits the will to probate and then obtains control of the deceased's affairs by qualifying as his personal representative. The executor has a fiduciary duty — a duty of trust and integrity — to the estate's beneficiaries. While most people try to appoint trustworthy individuals as their executors, the case sometimes arises where a dishonest executor needs to be removed.

If you have a financial stake in the estate of a decedent or a legal obligation to the estate, probate law defines you as an "interested person." Although state laws and definitions vary somewhat, they usually bear similar guidelines. Florida statutes, for example, define an interested person as anyone who is “affected by the outcome” of probate proceedings and this is the norm.

Timeframe for Probating a Will

Probate exists not only to simplify the process of distributing the assets of a deceased person, known as the decedent, ...

What Happens When the Executor of the Will Steals the Money?

Estate beneficiaries must move quickly if the estate executor is stealing. State laws set a window during which heirs ...

When to Get a Lawyer for Estate Probate Problems

After a loved one’s death, hiring a lawyer and potentially entering into a legal dispute is not an appealing choice. ...

You can contest a will in California, but you must petition the probate court as soon as possible. California permits ...