Can an Ex-Wife Get Alimony After a Divorce in North Carolina?

In North Carolina, it is possible to petition for alimony after the divorce is final, provided certain procedural requirements are met prior to the judgment. In North Carolina, divorcing spouses generally pursue an "absolute divorce," which, unlike a fault-based divorce, is granted solely on the basis of the couple's one-year separation. This type of divorce is most similar to the "no-fault" divorce followed by many other jurisdictions and does not require allegations of fault or misconduct. Also, fault-based divorces generally require lengthy hearings prior to finalization to work out other matters, whereas an absolute divorce allows parties to obtain a divorce and work out other issues afterward. Alimony is one of many issues decided during the divorce, and parties to an absolute divorce are free to agree to their own alimony terms during marital settlement negotiations, which can occur either before or after finalization. 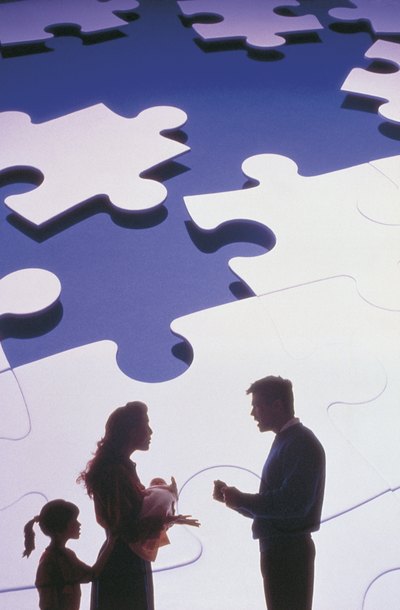 In North Carolina, couples pursuing an absolute divorce must prove that they have lived separate and apart for one year prior to filing for divorce. The separation must be uninterrupted and intentional. Also, if the divorce complaint does not contain a claim for alimony, the right to alimony will be considered waived. After receiving the divorce complaint, the judge will conduct a divorce hearing and may issue an absolute divorce at its conclusion. Matters such as alimony or child custody may be resolved after the absolute divorce is finalized if the parties prefer.

If the parties cannot mutually agree on a spousal support amount, the court will make a decision based on the financial situation of each party. The judge will assess the standard of living of each spouse in the final years of the marriage. The judge will also determine whether the payor spouse has the financial means to maintain the recipient's standard of living and will devise an amount that is fair to both sides. Unlike child support, alimony is not subject to any standard guidelines, and North Carolina courts have broad discretion in issuing an alimony order that is fair to both parties.

When a North Carolina judge is petitioned to determine an alimony amount, he will consider a number of factors. The threshold factor the judge will consider is whether the recipient spouse is economically dependent on the payor spouse. If so, the judge will then consider other factors in order to calculate an appropriate payment. These factors include the duration of the marriage, contribution of each spouse as a homemaker, marital misconduct, education and earning potential of both spouses, sources of income, tax ramifications and the relative needs of each spouse.

If either spouse experiences a significant change in circumstances, he or she may petition the court for a modification or termination of alimony. The law imposes two requirements before a judge can modify alimony. First, the alimony must be payed as part of a court order. However, if the court order was made by consent of the parties before October 1, 1967, it may not be modified. Second, the change in circumstances must be substantial as measured by the facts as they were at the time of the divorce and the current situation. Substantial changes could include remarriage of the recipient spouse, financial hardship, job loss or disability.

When Can You Make a Claim for Alimony?

The sharing of finances is fundamental to most marriages. When parties divorce, the court is tasked with ensuring that, if possible, each spouse continues the same standard of living enjoyed during the marriage. If you and your spouse have vastly different earning capacities, the court may order the higher earner to pay a support amount to the lower earner. This is known as alimony, and understanding when it may be requested can ensure that you remain financially solvent during and after your divorce.

To initiate a divorce in Oklahoma, you must first file the appropriate paperwork and specify grounds for dissolution. ...