Can You Get a No Fault Divorce if the Spouse Is in Prison in Arkansas?

Arkansas does have a no-fault ground for divorce like other states, but not all marriage situations qualify to use it, even if one spouse is incarcerated. However, if you wish to divorce your spouse while he is in jail, you may qualify to file under fault grounds, though serving him with the divorce papers and finishing the case may be more complicated than if he was not in prison. 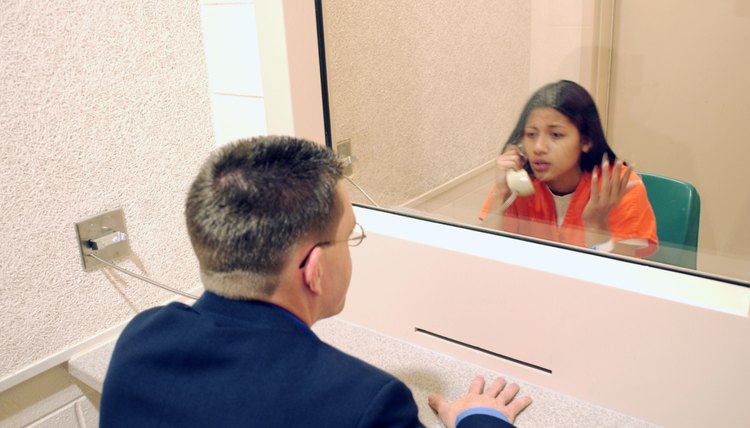 Unlike many other states, Arkansas does not have the no-fault divorce ground of “irreconcilable differences.” Instead, Arkansas allows divorce based on a period of separation, 18 months under most circumstances, during which you and your spouse must live separately. The reason for the separation does not matter; if your spouse is incarcerated for at least 18 months, either of you can file for divorce based on this no-fault ground.

Arkansas also has several fault grounds upon which you could base your divorce, such as conviction of a felony, cruelty, habitual drunkenness, impotence and adultery. If your spouse was convicted of a felony or other major crime, you can file for divorce on this ground as soon as he is convicted. Sometimes, fault-based grounds for divorce are difficult to prove, and the spouse who files for divorce has the burden to prove the ground exists. However, conviction of a felony is likely not difficult to prove since the conviction is usually a public record.

Whether you choose to file for divorce under no-fault or fault grounds, the process is essentially the same. First, you must file your complaint with your circuit court, then serve that complaint and summons on your spouse. Typically, the county sheriff or a process server can serve your spouse with these papers, but you may need to coordinate service with the facility where your spouse is incarcerated.

Once your spouse is served with the papers, your spouse has the option to answer your complaint by telling his side of the story. After the period for this answer has passed, the court may schedule a hearing to receive evidence in your case. After the court has heard all the evidence, it can issue your divorce decree. Arkansas does not give your spouse a right to an attorney in a divorce case, though an attorney could volunteer his time to represent your spouse. If your divorce involves child custody issues, Arkansas law gives your spouse the right to an appointed attorney for the custody portion of the case.

Divorce is never easy, but we can help. Learn More
Divorcing a South Carolina Inmate

How Soon Can I Get a Divorce After a Spouse is Served in Texas?

As in most states, how quickly you can get a Texas divorce depends on how complicated your divorce is, not how much time passes after you serve your spouse with the necessary divorce paperwork. Texas imposes a waiting period, but if you and your spouse have no property or children, or if you agree on every aspect of how you're going to end your marriage, you could be divorced a day after the waiting period ends. If you can't reach an agreement, your divorce will take much longer.

Divorce is the legal recognition that your marriage has ended. If you or your spouse is an inmate in a state prison in Georgia, either one of you can still file for divorce. However, to file for divorce in Georgia, you must follow the proper procedure including meeting the state’s residency requirements, filing a divorce complaint with the appropriate court, and serving the other spouse with a copy of the divorce complaint.

Is Imprisonment Grounds for Divorce?

If your spouse commits a crime and gets put in prison, you may not want to stay married any longer. While you can ...

The Divorce Process in Florida If a Spouse Is Incarcerated

If you were already contemplating divorce, your spouse being sent to jail probably cements your decision. You might ...

How Does a Spouse Get Served for a Divorce in Broward County?

After you file a divorce petition in Broward County, Florida, you must provide your spouse with a copy of the filed ...

How to Divorce an Alabama Inmate

Divorcing an incarcerated spouse in Alabama is not much different than divorcing any spouse. The process is virtually ...