Can I File Bankruptcy if I'm Not Late on My Payments? 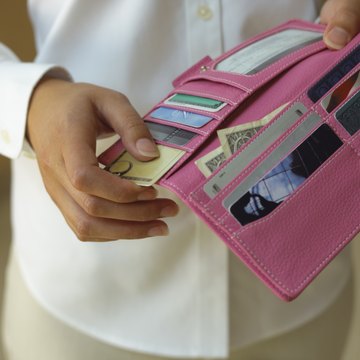 For individuals and couples, bankruptcy comes in two basic varieties: Chapter 7 and Chapter 13. In a Chapter 7 process, you submit your non-exempt assets to a court trustee who sells them in order to pay your creditors. Your debts are discharged, i.e. canceled, at the end of the process, unless federal law makes them "nondischargeable." A Chapter 13 bankruptcy allows you to partially repay your creditors over a span of three to five years. A trustee draws up the plan and collects your payments; at the end of the process, if you've kept up the payments, your outstanding debts are discharged. Both forms of bankruptcy protect you from lawsuits and collection actions by your creditors until the court issues the discharge.

Federal law sets forth the rules for who may file for bankruptcy protection. The Bankruptcy Abuse Prevention and Consumer Protection Act of 2005 provides that individuals or families with median earnings above the average in their state of residence are subject to a means test. This applies only to bankruptcy filers with primarily consumer debt, in most cases credit card debt. The means test takes into account allowed deductions, such as living and educational expenses. If a Chapter 7 bankruptcy filer is found to exceed the means-test guidelines, the court may dismiss the case or convert it to a Chapter 13.

The bankruptcy law does not refer to the status of your credit accounts, whether they're current, late, in collections or written off by the creditor. Many people file for bankruptcy even if they are current on their accounts, but facing circumstances, such as a divorce or sudden medical expenses, that will prevent them from making payments in the future. The court pays attention only to a filer's income and allowed deductions from that income in applying median income standards and the means test.

Filing for bankruptcy while not in default on loans or behind on credit cards may benefit your credit score in the long run. Late payments on accounts that are allowed to accumulate over a long period of time will cause severe damage to your score and take longer to overcome than a bankruptcy filing while you're still current. Once the bankruptcy is discharged, a good record of repayments will gradually return the credit score to health, despite the bankruptcy flag - which remains on your report for a minimum of ten years — and much more quickly than if you have multiple late payments showing. Many bankruptcy attorneys recommend filing for bankruptcy before you drain savings and retirement accounts to pay debts that will ultimately prove impossible to repay.

Get a free, confidential bankruptcy evaluation. Learn More
Negative Effects of Chapter 13 Bankruptcy for an Applicant

Who Is a Good Candidate for Bankruptcy?

If you are facing debts that would take more than five years to pay off, have assets at risk such as a house facing foreclosure, or cannot cover your daily expenses and pay off debts with your present income, you may be a good candidate for bankruptcy. However, exemption limitations and negative effects on some careers and credit records mean bankruptcy is not appropriate for some people, even if they have overwhelming debts.

Does It Matter if You File Bankruptcy Before or After Your Credit Cards Go to Collections?

In tough economic times, many Americans find it difficult to make all of their debt payments on time. Some consumers may seek relief through bankruptcy, a legal process that temporarily halts collection activity and discharges the majority of consumer debts. If you are considering bankruptcy to clear mounting credit card bills, you may not realize there are specific guidelines for this type of debt. Through proper timing, you can ensure all credit card debt is included in the proceedings, and at the same time, minimize the negative impact of bankruptcy on your personal credit.

Who Is Eligible to Go Bankrupt?

Can a Trustee Take Your Workers' Compensation Settlement After a Discharged Bankruptcy?

If your debts become unmanageable, you have the option of filing for bankruptcy protection. Federal law allows you to ...

Bankruptcy can help you get a fresh start financially by eliminating many of your debts or giving you a chance to catch ...

Bankruptcy is a court process available by federal and state laws to help both individuals and businesses shed ...