Can a Future Inheritance Be Put Into a Divorce Agreement?

It takes two to marry but only one to divorce. If your spouse wants out, you save time and tears by accepting the decision and attempting to resolve financial issues amicably. Although a future inheritance probably doesn't constitute marital property in your state, you and your spouse are free to mention it in an equitable divorce agreement. 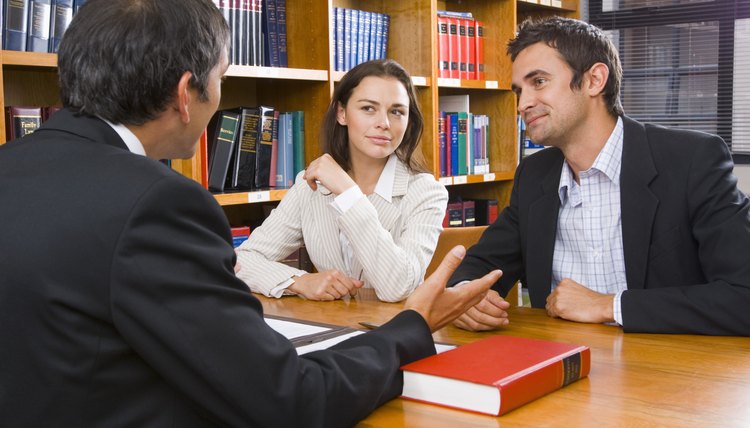 Some states, like California, divide property among spouses under community property laws, which attribute everything earned by either spouse during a marriage to the two spouses equally. An inheritance or gift is the separate property of the spouse receiving it. In other states, marital property includes all property owned by each spouse at the end of a marriage. In either case, an inheritance one spouse expects to receive in the future is generally not considered when dividing the couple's marital property.

However, when a couple prepares a marital settlement agreement, no law prevents them from mentioning a future inheritance. For example, if the custodial spouse is not seeking child support because she expects to inherit a fortune in the near future, this reasoning belongs in the agreement. Alternatively, if one spouse agrees to accept less than his fair share of marital holdings because of a future inheritance, it is appropriate to mention that fact in the agreement. Knowledge of the future inheritance may convince a court that a one-sided settlement is, in the long run, equitable.

Tennessee law requires an equitable division of property between two parties in a divorce. However, Tennessee law does not consider all property to be divisible in divorce, including an inheritance, depending on how it was used during the marriage.

Most states prefer that spouses negotiate a marital settlement agreement on their own when they divorce, rather than ask the court to decide issues at trial. These agreements must usually be submitted to a judge for approval before they are incorporated into decrees or judgments. A judge won't approve your agreement if it's unconscionable. If you don't file for divorce, but just remain separated under your agreement's terms, it may not be enforceable either.

Spouses enjoy a unique degree of togetherness in California. It's one of only nine states that observes community property law, where everything acquired during the marriage belongs equally to both spouses. Even community property states draw the line at inheritances received before or while you're married, however.

How to Write a Will in Pennsylvania for Free

For your will to be legally enforceable in Pennsylvania, the document must satisfy all state statutory requirements. ...

Can a Prenuptial Agreement Be Voided?

When your marriage is disintegrating and you suspect divorce is looming on the horizon, it can be a big comfort to know ...

How to Revoke a Prenuptial Agreement