When you divorce, the court has authority to divide much of the property owned by you and your spouse. If you and your spouse can agree on property division, the court likely will adopt that agreement. However, if you can’t agree, the court must make its own division decisions. The share each spouse receives, whether or not his name is on the title, is dependent on state law and varies among states and judges. 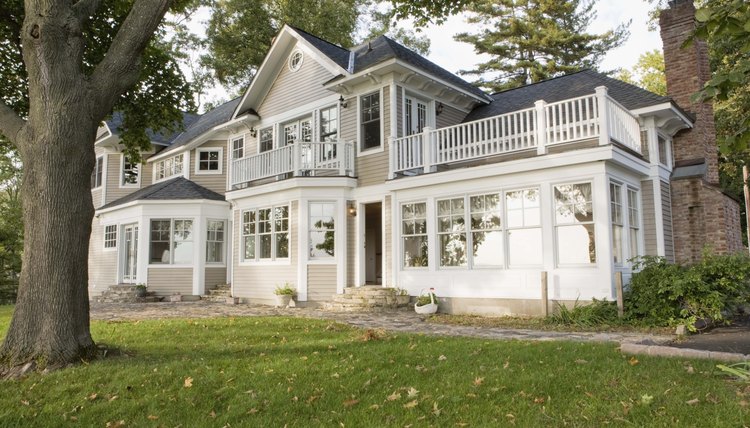 Generally, if you purchase a home during a marriage with marital funds, the home is jointly owned by you and your spouse. As jointly owned property, it is subject to equal or equitable division in the divorce, depending on state law, regardless of whether it is titled only in one spouse’s name. Community property states – Arizona, California, Idaho, Louisiana, Nevada, New Mexico, Texas, Washington and Wisconsin -- typically divide assets equally between spouses. The other 41 states are equitable distribution states and their laws generally divide assets equitably between spouses.

Divorce is never easy, but we can help. Learn More
Ohio Divorce Law on a House in a Spouse's Name

When a couple separates, they must separate their personal lives, their finances and their property. During marriage, spouses often borrow money in both names to purchase automobiles that they title jointly. Unless you want your soon-to-be-ex-spouse driving around indefinitely in a car with your name on it, make sure to get the title changed over as part of the divorce process.

When you end your marriage in Ohio, you and your spouse have the option of reaching your own agreement about how to divide your marital property or you can have the court decide these issues for you. Either way, your divorce should decide which of you will keep the house -- but the court cannot order your lender to take your name off the loan.

Divorce When Your Spouse Owns Everything

If you live in a community property state, the law makes it almost impossible for your spouse to own everything. Half ...

When you divorce in New Hampshire, the state court must decide how to divide property between you and your spouse. If ...

When Texas couples divorce, they can reach an agreement on their own as to how to divide marital property or have a ...

Your home may be the most valuable asset you and your spouse own, so it will be important for you to claim your ...