Can a Husband Force the Assumed Father to Take a Paternity Test?

Marriage creates legal paternity for children born during its course. If a woman becomes pregnant by a man other than her husband while she's married, the law in most states presumes that her husband is the child's father even if they later divorce. However, the husband can set the record straight -- and do so as part of the divorce proceedings. 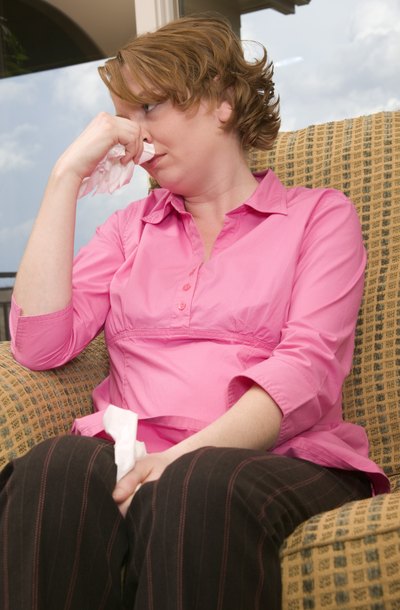 To prove that he is not the child's father, a husband can file a petition asking the court to determine the child's parentage before filing for divorce, or as part of the divorce action. If he does it before filing for divorce, the petition is a separate lawsuit. If he does it after he files for divorce, the petition or motion to determine paternity is typically incorporated into the divorce proceedings. Getting the court involved is necessary even if the husband and wife were living separately for a while. The law still presumes that the husband is the child's father as long as the divorce isn't final yet. In fact, some states take this presumption even further. For example, Washington law holds that the husband is legally the father if the child is born within 300 days of a divorce being finalized.

If a husband files a petition or motion seeking to legally establish that he is not the father of the child born during a marriage, the court – not the husband – can force the other man to take a paternity test. However, this assumes that the father's identity is known. More likely, the court will order the husband to take a paternity test. The test typically involves providing DNA samples -- and the results are highly conclusive. The test won't definitively establish that the other man is the child's father, but it will prove that the husband is not, thus removing his parental rights and responsibilities, including an obligation to pay child support.

Once the DNA test proves that a husband is not the child's father, the divorce can proceed without addressing issues of child support or custody – at least for the child in question. However, the court might require the wife to file a separate legal proceeding apart from the divorce lawsuit to establish the true father's paternity. The judge can then issue a child support order, which affects the biological father. The husband is not involved in this litigation. It would not affect the husband if the biological father takes the paternity test or if he is never identified because the court already established that the husband is not the father.

Divorce is never easy, but we can help. Learn More
Divorced Couples and the Presumed Father Laws of North Carolina

Colorado Law on Divorcing While Pregnant

Divorce is among the most stressful experiences people can face and pregnancy can make the divorce process even more difficult. In Colorado, couples may divorce while the woman is pregnant and this pregnancy can affect the divorce process. Divorcing couples should note that divorcing prior to the birth of the child will neither relieve either parent of child support obligations nor prevent either parent from asserting their visitation or custody rights. If you and your spouse disagree about custody and child support, or there is a question about the child's paternity, your interests may be best represented by a family law attorney.

Can the Wife Be Pregnant if Filing for Divorce in Indiana?

If you want a divorce and you find out your wife is pregnant, you might think it will derail the entire proceedings. This isn't necessarily the case if you live in Indiana. The state's family law code accommodates unforeseen life events and complications. You can file for divorce with a baby on the way, but the proceedings might become a little more complicated.

Can You Divorce When Pregnant in Arkansas?

Extreme conflict between spouses can have an impact on the emotional well-being of children. In some cases, the relationship between married parents deteriorates after the child is born. However, in other cases, parties cannot stay together long enough for the child to be born. While a divorce can seem like the best decision for a couple that is expecting in Arkansas, state law does not allow a divorce to be granted while a mother is pregnant.

DNA testing is increasingly common and accurate, increasing many people's awareness that the purported father of a ...

Deciding to divorce is never an easy decision, especially if you're pregnant. Although being pregnant during your ...

In most states, when an unmarried woman gives birth, she automatically and legally has sole custody of her child. ...

Can a Married Woman Get a Divorce if She's Pregnant by Another Man?

If you know your baby is not your husband’s biological child, you can still get a divorce in most states, though state ...