Can a Judge Order Me to Get a Job During a Divorce in Illinois?

Divorce causes many changes in the spouses’ lives -- sometimes even employment changes. Spouses who previously stayed at home may find themselves in need of a job, and other spouses may want to take a lesser paying job to avoid paying child support or alimony. While an Illinois court cannot directly order a spouse to get a job, a judge can use orders to encourage both spouses to obtain employment. 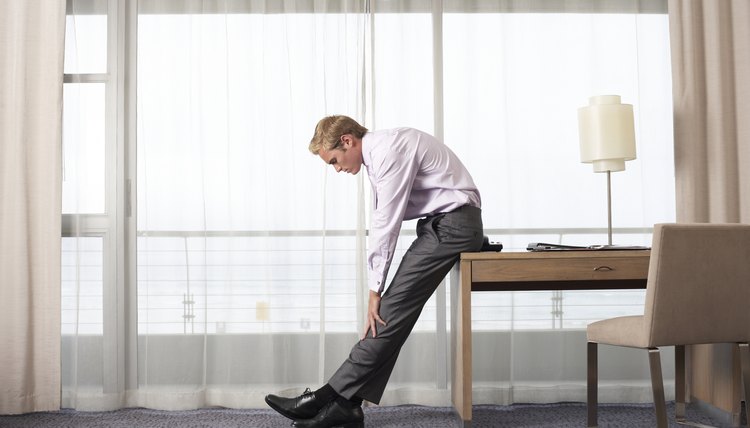 Illinois courts can award rehabilitative alimony, called rehabilitative maintenance, to a spouse who needs extra time and resources to become self-sufficient. For example, if a spouse needs additional education or training to re-enter the workforce, the court can award a set amount of alimony for a specific period of time to help the spouse obtain employment. Although a judge cannot order the receiving spouse to get a job, he can set the rehabilitative maintenance for a certain period of time and terminate it if the spouse does not show a good faith effort to take steps to allow her to support herself.

It is not always possible for one spouse to become self-supporting or to support herself at the same standard she experienced during the marriage. In these cases, Illinois courts can award long term, or permanent, maintenance. For example, when a spouse is disabled to the extent that she cannot work or can only earn a small income, the court may decide that this spouse should not have the burden to support herself and may award permanent alimony. In such cases, the receiving spouse is not expected to obtain employment.

Sometimes, a divorcing spouse may decide he would rather quit his job than pay maintenance to his ex-spouse. Courts generally frown on spouses who are intentionally unemployed or underemployed to avoid maintenance obligations. Since maintenance amounts are up to the judge’s discretion, rather than being determined by a set formula, an Illinois judge can consider the spouse's intentional lack of a job when setting a maintenance award. While the court cannot order the unemployed spouse to get a job, the court can award an amount just as high as it would have awarded if the unemployed spouse had a job.

Illinois courts can also “impute” income to an unemployed or underemployed spouse for child support purposes. When the court imputes income to a parent, it makes a child-support award as if the parent earned that amount, even though the parent actually earned less. Typically, the court will calculate child support based on the income which that parent had earned in the past. For example, if a parent quits his job or takes fewer hours in an attempt to lessen his child-support obligations, the court can award child support as though that parent were fully employed.

Divorce is never easy, but we can help. Learn More
What Happens if Someone Quits Jobs in the Middle of a Divorce?

When spouses divorce, one spouse may be eligible for "spousal maintenance." This is money you receive from your ex-spouse upon divorce if you are unable to support yourself with your income and assets alone. The Minnesota Statutes set forth the procedure courts use to determine who may receive maintenance and the amount of the maintenance award.

Wives typically don't have an automatic right to alimony or spousal support, no matter where they live. In California, ...

The most vulnerable of divorcing spouses are those who have devoted their lives to their home and children while their ...