Sometimes, married couples face financial obstacles that feel impossible to overcome, inhibiting their ability to provide for their families or plan for the future. When this happens, spouses may explore bankruptcy as a way out of the financial abyss and pathway to a fresh start. However, if your spouse filed for bankruptcy and you didn't, you may be wondering if you're at risk for losing any property. The answer is maybe, depending on where you live and what type of property was included in the bankruptcy. 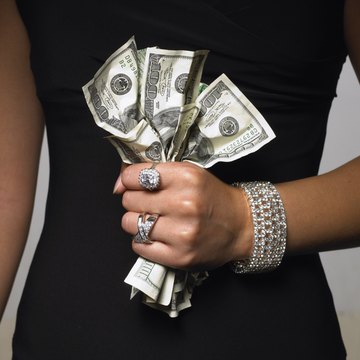 Debtors seeking to protect property in bankruptcy, especially marital or jointly-held property, can do so by using an exemption. Exemptions are available in both federal and state law and may be applied to certain categories of property, protecting them from seizure under Chapter 7 or incorporation into a repayment plan under Chapter 13. For example, a Kentucky debtor could protect his home up to $21,625 in value under the federal exemptions or up to $5,000 in value under the state's exemptions. While some states allow debtors to choose between federal and state exemptions, others require debtors to use state exemptions only.

File a DBA for your business online. Get Started Now
California Laws on Community Property in a Bankruptcy

Can I File for Bankruptcy With My Spouse If We Already Filed for Divorce?

You can file for bankruptcy with your spouse after you have filed for divorce as long as the divorce has not become final. If the divorce court has entered a final judgment dissolving the marriage, you are no longer married and cannot file for bankruptcy as husband and wife--even if your debts were incurred while you were married. Filing prior to the divorce becoming final can help if financial problems are preventing you from working out a realistic divorce settlement.

If you are married but have unmanageable debts, you can file for bankruptcy protection as a couple or as an individual. To qualify for a Chapter 7 bankruptcy, you must list income and assets of the entire household; if you don't meet the legal guidelines, you may be able to file for a Chapter 13 repayment plan. In both cases, property included in the bankruptcy may be separate from property of the non-bankrupt spouse. One crucial consideration in a separate filing is whether you live in a state that recognizes community property or common-law property. You may want the help of an attorney or legal document service, given the complexity of not just the bankruptcy filing, but also the difficulty of classifying property.

How Does Bankruptcy Affect Spouses?

Bankruptcy may be your path away from overwhelming debt and can give you a fresh start. If you are married, your spouse does not have to file with you; but filing alone doesn’t mean that your spouse won’t be affected by the bankruptcy. Under Chapter 7 bankruptcy, depending on your state of residence, assets held in your spouse’s name may be sold to satisfy creditors, and your spouse's credit score could be negatively impacted.

Filing for bankruptcy before a divorce has been finalized will complicate the divorce settlement. While state law ...

Can One Party in a Marriage File Bankruptcy?

In most respects, marriage legally joins two people at the hip, but this is not always the case when it comes to ...

In a Chapter 7 bankruptcy, the trustee, the person appointed by the court to represent creditors and administer the ...

For spouses who live in community property states, most property and debts acquired during the marriage are considered ...