Can a Last Will Be Revoked After a Person Dies?

Individual state statutes set the rules for making, revoking, and probating last wills and testaments. An individual who makes a will, called a testator, generally has the power to revoke a will during his lifetime. After death, revocation depends on factors such as whether the will was made jointly or by one person and what the terms of the will are. 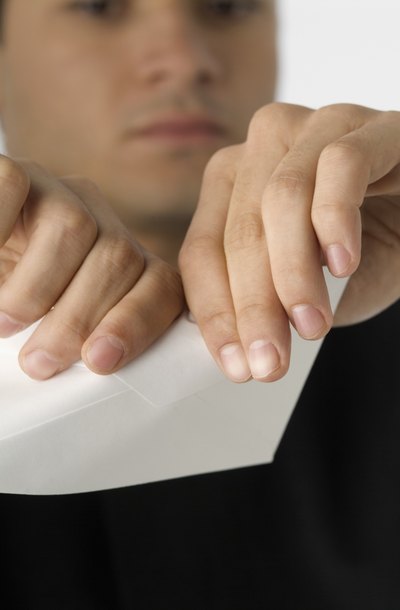 Will Revocations after Death

Joint Wills and Revocation After Death

Revocation and Will Contests

A will that is intact at the time of a testator's death may be set aside by a court after death. This typically occurs when an heir challenges or contests the will, asking a court to overturn it. Courts will only set aside a will for limited reasons. For example, a court will not overturn a will merely because a disgruntled heir feels she was treated unfairly. A court can, however, invalidate a will if an heir can show the testator was fraudulently tricked into signing his will. By invalidating the will after a testator's death, the court treats it as if it had been effectively revoked during his lifetime.

A court may set aside a will if the testator signed under duress or undue influence. This means the testator did not sign the will freely. For example, the testator may have been threatened or taken advantage of at the time she signed it. Legal defects in a will, such as lack of witnesses or dating, are also examples of grounds for setting aside a will.

Protect your loved ones. Start My Estate Plan
How Does Divorce Affect a Joint Will?

Types of Last Will & Testaments

Testators can use various types of wills to establish an estate plan. The most prevalent type is the written will, accepted in every state. However, not all testators have the opportunity to execute a written will that complies with statutory guidelines prior to passing, so state law began to recognize additional formats under certain circumstances. Not all types of wills are recognized in every state, so you should consult with an attorney before establishing any type of will.

What if an Executor of an Estate Destroys the Decedent's Last Will & Testament?

When a person draws up her will, she may think her work is done. A valid will sets out a road map as to what will happen to her property when she dies, naming beneficiaries and an executor to shepherd the will through probate. However, it is possible that an executor could destroy a will with or without the maker's consent.

A valid will can nominate someone to manage your estate and detail how your property should be distributed when you ...

How Is a Beneficiary Removed from a Will?

When a person is named in a will, he is called a beneficiary. Heirs, on the other hand, are individuals who stand to ...

Because a last will and testament disposes of property when someone dies, courts are careful to make sure that a will ...

The Requirements for Last Wills Accepted in All 50 States

Laws regarding last wills vary slightly among all states, but in general, a will must meet certain requirements to be ...