Can You Be Legally Separated and Live in the Same Home?

Legal separation is one of those terms in divorce law that varies from state to state. It may mean that you filed a complaint with the court and received a separation decree, which you can do in a few states, such as Ohio. But not all states provide for this kind of legal process. For example, in New Jersey, you can simply negotiate and sign a settlement agreement with your spouse. 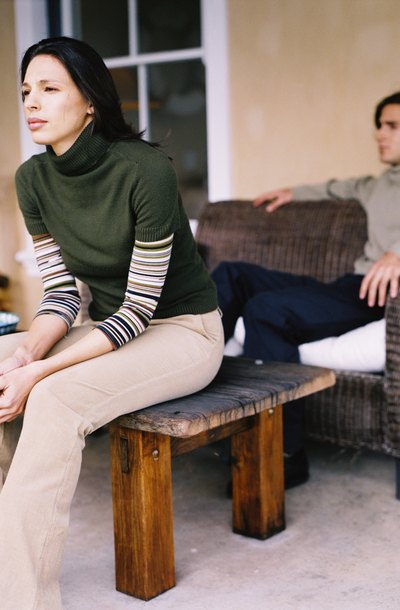 There's usually nothing stopping you from filing a complaint for separation even if your spouse is still living with you. Living together might defeat the purpose of filing, however. A separation judgment or decree defines the terms by which you'll live apart. The same applies to marital settlement agreements. If you're living together, custody probably isn't an issue yet -- and you may not have to deal with financial issues yet either. Legal separation in any form typically paves the way for you and your spouse to live apart.

If you and your spouse are separating to establish grounds for divorce, this may change the picture. In some no-fault states, such as North Carolina, spouses must live in two different homes for a full year before they can file for divorce. The state doesn't recognize fault grounds such as adultery or cruelty. In other states, such as Maryland, you have a choice: You can file for divorce on fault grounds, or you can live separately – in two different homes – for a year. Illinois offers similar options, but spouses may be considered separated even if they continue to reside in one dwelling.

How to Separate & Not Get a Divorce

Some couples separate for a short trial period, while others separate on a permanent basis with no intention to divorce. During a trial separation, you may decide to reunite or remain separated. If you expect to be separated for a long time, you may need to make long term arrangements for who will remain in your home and how your assets will be divided. A legal separation agreement can resolve many unsettled issues after a separation.

Sometimes it is not feasible for one spouse to move out of the marital home in preparation for a divorce. The drive to ...

How Do I File for Legal Separation in Nebraska?

Only a handful of states recognize legal separation -- a separation that occurs when you receive a judgment from the ...