All states have a system in place for deciding how divorced or separated parents will support their minor children. Unfortunately, the potentially crippling child support order under which you're paying doesn't, in and of itself, allow you to claim the child on your taxes. Even if you're paying for the majority of the child's support and expenses, other factors determine which parent gets to claim the child. 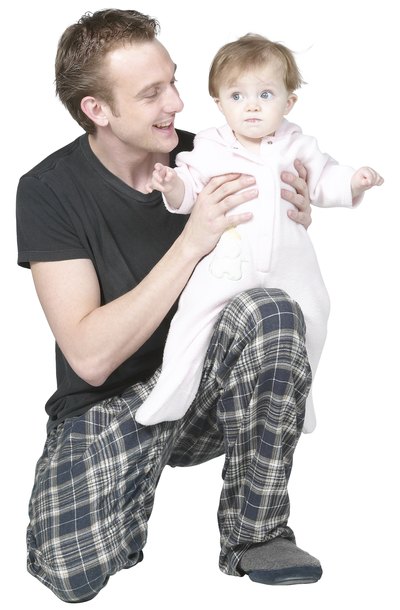 The case sometimes arises where both parents try to claim the same child. When this occurs, the IRS looks at the parties' custody arrangement. The IRS gives the dependent exemption to the parent the child lived with for six months or more, which is almost always the custodial parent, not the parent paying support. Furthermore, the child support guidelines in some states take into account the expectation that the IRS will award the right to claim the child on her taxes to the custodial parent. As a result, child support in these states may be lower than it would otherwise be if the guidelines did not factor in the tax issue.

Your family court might order the dependent exemption to go to you as the non-custodial parent in a divorce decree or child custody and support order. In this case, the custodial parent will have to sign IRS Form 8332 so the parent paying support can claim the deduction. Even if your state's guidelines take the tax issue into account, a court could still give you the right to claim your child after considering the special circumstances of your particular case. If child support is based entirely on your income — as might happen if your ex-spouse is staying home with your child and not working — `a court might be inclined to grant you the child-related tax deductions in its order.

A custodial parent can waive the right to claim a child by voluntarily signing IRS Form 8332. Parties sometimes agree to share the right to claim the child in marital settlement agreements or consent orders in court. You and the other parent may agree to alternate years or a more complicated arrangement. Depending upon your incomes, it may be cheaper for you to claim the child on your taxes and pay the other parent what she would have gained by claiming the child on hers.

Tax credits and tax deductions are two different things. A deduction is the ability to lower your taxable income by an amount of money attributed to some deductible expense, such as medical expenses or college tuition. You are therefore taxed on less income than you actually earned. With a tax credit, on the other hand, you are treated as if you already paid a given amount in taxes. A tax credit is a dollar-for-dollar benefit, but a deduction is only worth the amount of the expense multiplied by your income tax rate. With child support, the distinction becomes important because not all tax credits are transferable. The right to claim the Earned Income Tax Credit for a child can't be waived.

Ready to start your LLC? Start an LLC Online Now
How to File a Motion for Claiming Dependants After Divorce

Claiming your children as dependents is never automatic; there are a number of requirements you must satisfy before you can file your taxes with dependent exemptions. However, child support payments you make or receive — regardless of whether they are past due or not — aren’t factors to consider when evaluating whether you can claim your children as dependents. When parents are separated or divorced, only one parent can claim the dependent exemption for their children.

Can an Executor of a Will Be Responsible for the Deceased's Taxes?

Everyone has the right to disburse their assets to whomever they wish when they make a will, but the Internal Revenue Service taxes that right. The executor of a will is not liable for paying the IRS personally, out of their own pocket. However, he is responsible for making sure that the IRS gets their money from the estate of the decedent, or the person who died.

Parting couples in the state of Indiana should take some important tax rules in mind when going through either separation or full legal divorce. Your marital status will affect both state and federal tax returns, and without knowledge of the tax regulations, you might make costly mistakes. Consult a tax attorney or accountant if you're not sure how the regulations apply to your particular situation.

When determining a custody arrangement for your children, taxes may not typically be in the forefront of your mind. ...

After a divorce, the IRS no longer allows parents to file joint married tax returns. Therefore, only one parent can ...

Can I Revoke a Release of Claim to an Exemption if There Is a Divorce Decree?

Because claiming your child as a dependent on your tax return can save you money, it is often an area of dispute among ...

What Happens When a Mom Gives Up Custody?

Legally, the ramifications of giving up custody of children are not gender-specific. The non-custodial parent sees her ...