Can a Non-Modifiable Alimony Agreement Be Modified in Ohio?

Most alimony awards in Ohio are non-modifiable unless they contain language that reserves the court's jurisdiction to do so. This is true whether you terminate your marriage by dissolution or divorce. Dissolution simply means you and your spouse have reached an agreement on marital terms, such as alimony, while divorce means the court resolved one or more of these issues for you. Unless the terms of your agreement or decree give the court authority to later modify alimony, it is likely that your alimony order will remain intact unless you can prove fraud, misrepresentation or mistake. 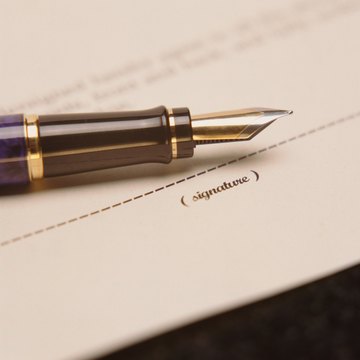 Once a spouse requests support, the court must decide whether it is reasonable and appropriate under the circumstances. To make this decision, the court evaluates a variety of factors, including each spouse's income, length of the marriage, spouses' ages and physical, emotional and mental health, standard of living established during the marriage, contribution each spouse made to the education, training and earning ability of the other spouse, and time and expense necessary for the requesting spouse to receive sufficient education, training and job experience to be self-supportive. If the court finds that spousal support is justified, it must take the paying spouse's ability to pay and the recipient spouse's needs into consideration when setting the amount and duration of the award. In Ohio, spousal support may last indefinitely or terminate upon a certain date or happening of a specific event, such as death or remarriage.

Temporary Orders Vs. Permanent Orders in a Divorce

The divorce process can take a considerable time from beginning to end. Often, it’s impractical or even impossible for a couple to wait until the end of the road to decide issues such as custody and support. All states have a system in place to allow spouses to petition the court for temporary orders to maintain the status quo until their divorces are final. In legalese, these are “pendente lite” orders, which means “pending a final decree.”

When couples divorce in Florida, they must resolve all marital issues before they can move on and start life anew. ...

How to Stop Permanent Alimony

Alimony, a financial award of support from one spouse to another in divorce, may be permanent in some cases. Courts ...