Can a Nonprofit Board Fire the Executive Director? 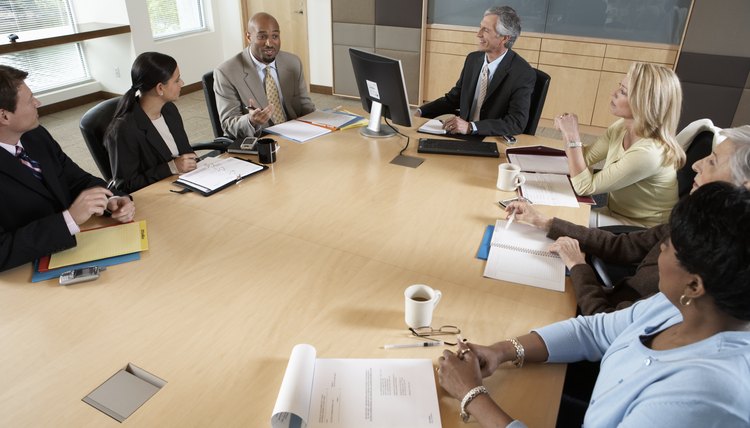 Duties and Responsibilities of the Board

While each state has its own authorizing statute that allows individuals to form nonprofit corporations, the basic duties and responsibilities of nonprofit board members are largely uniform across states. A nonprofit's board is responsible for planning and decision-making to ensure that the organization can effectively carry out its mission. Under the law, it is tasked with managerial and financial oversight, which typically includes selecting and hiring an executive director, establishing the ED's compensation, evaluating the ED's performance and firing the ED, when necessary.

A nonprofit's board of directors generally has the authority under state law to fire an executive director at will, unless the ED has an employment contract that says otherwise or the nonprofit's bylaws establish a special procedure for firing the ED. The board of directors typically acts through majority consensus, so a majority of the directors can vote to replace the ED for a specific reason or just to make a change. The board's decision is final, and there's no higher authority that can overrule the board as long as it follows all decision-making protocols established by the organization's bylaws and operates in the best interests of the organization.

Keeping the Mission in Mind

While a nonprofit's board of directors can fire the executive director at will, it's always best to proceed cautiously with major personnel changes. Nonprofits typically rely on the goodwill of the public to raise money and garner support. Acrimonious staff upheavals can undermine confidence in the organization, especially when the situation involves the organization's most recognizable employee. It is sometimes smarter to convince an executive director to resign gracefully than to use a heavy hand and potentially create a public relations disaster.

Ready to form a nonprofit? Get Started Now
The Role of an Executive Director of a Non-Profit Organization

How to Setup Directors in an S Corp in California

An S corporation, similar in many ways to a standard C corporation, elects to be taxed as a pass-through entity by the Internal Revenue Service rather than to pay corporate income tax. When you file articles of incorporation in California, you must also file Form 2553 with the IRS to confirm the S corp election. Corporate statutes, in the state where a business is formed, govern S corporation management. As such, California corporate law sets forth the rules for setting up a board of directors.

A business that operates as a corporation generally drafts bylaws – a document that governs all aspects of the company. Commonly, the bylaws will provide the limitations on the type of transactions the corporation can engage in, the rights of owners, the role of the board of directors and how the business will be managed by officers.

Does a Nonprofit Board Have to Approve Contracts or Can the Executive Director Do That?

A nonprofit's board of directors is legally responsible for financial oversight of the organization. By adopting bylaws ...

How to Remove an Officer of a Corporation

The individuals charged with making important strategic and financial decisions for a corporation must act based on the ...

A C Corporation is an independent, state registered legal entity used to organize businesses. It is also an ...

Tax exempt nonprofits serve to promote a particular public good. Sometimes, however, individuals involved with the ...