Can One Mate Refuse a Divorce in North Carolina?

In North Carolina, a spouse who doesn’t want a divorce can make the process take longer and cost more, but he cannot prevent it from happening if the other spouse is determined to divorce. You cannot actually refuse to get a divorce since North Carolina does not require that both spouses agree on divorce in order for the court to grant it. 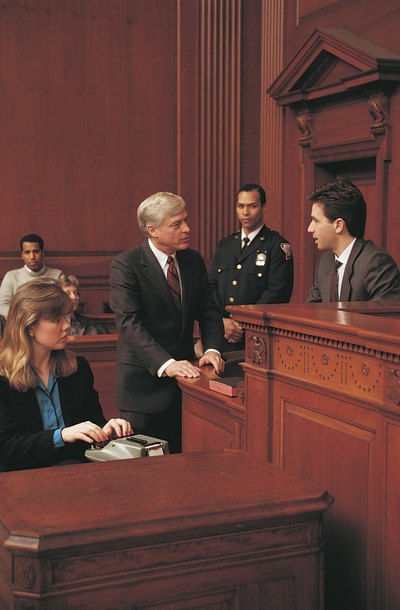 North Carolina courts can grant divorces for only two reasons: separation for at least one year -- the most common reason -- or incurable insanity and separation for three years. It is not necessary for either spouse to prove fault. Instead, spouses must simply live “separate and apart” for at least a year. The spouses must live in separate residences to qualify; it is not enough to live in separate parts of the same house.

Once a couple has been living separately for at least a year, either spouse can begin the divorce process by filing a complaint for divorce, addressing key issues like property division and custody. She must serve a copy of this complaint, along with a summons and other appropriate paperwork, on her spouse. The responding spouse has 30 days to file a response; if he does not want the divorce, he can respond to the complaint with counterclaims, such as demands for support or property division. This may delay the divorce process by injecting conflict. Either spouse can also claim the other spouse committed marital misconduct, such as adultery, but this will not impact the court’s ability to issue the divorce. However, it may affect some terms of the divorce, like alimony.

If a spouse simply chooses not to respond to a divorce complaint because he doesn’t want the divorce, the divorce process can proceed without his input. The spouse who filed for divorce can ask the court to enter a default divorce by filing a Motion for Entry of Default. A default divorce has the same legal effect as a divorce where both spouses make an appearance with the court, but the spouse who does not respond does not get to have the court hear his side.

Divorce is never easy, but we can help. Learn More
Can a Person Be Forced Into a Divorce in Ohio?

Do You Have to Give Your Husband a Divorce After a 7-Year Separation in the State of Mississippi?

Divorce is governed by each state’s laws, so Mississippi law determines when Mississippi spouses can divorce. Mississippi does not provide for legal separation, so spouses must divorce to legally divide their lives. However, a spouse is not required to give her husband a divorce in Mississippi even when they have been separated for seven years.

How to File a No Fault Divorce Without a Lawyer

A no-fault divorce simply means that you are not accusing your spouse of doing anything wrong to end your marriage. It’s not the same as an uncontested divorce, in which your spouse offers no legal opposition to the proceedings. With a no-fault divorce, you’re simply giving him less to contest. He cannot argue your grounds, or the fact that you believe your marriage is over. He can only object to the way in which you've asked the court to end the marriage, such as how you'd like your property divided between the two of you.

What If Only One Person Wants a Divorce?

Because all 50 states recognize no-fault divorce, it's pretty much impossible for a spouse who does not want a divorce ...