Can You Owe Child Support After a Child Is 21?

Nothing about divorce is ever totally black-and-white, including child support. Under most circumstances, you won't have to pay support if your children are over the age of 21. But exceptions exist to every rule, so it's possible that you might end up paying for a short while after your child's 21st birthday -- or even indefinitely. 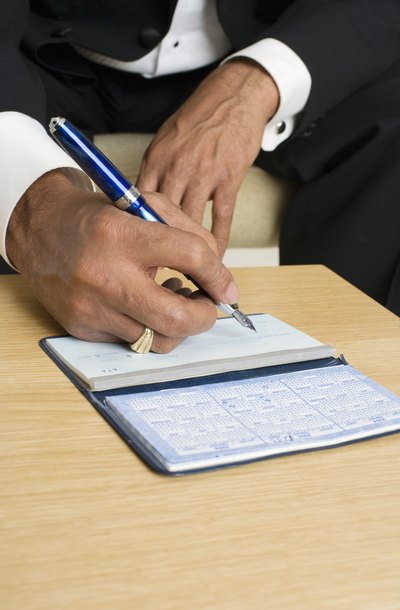 Each state recognizes a statutory age at which your child is legally considered an adult, and child support is no longer payable on her behalf after this time. In a majority of states, this age is 18. If your child is still in high school, some states require that you continue paying until she graduates. In a handful of states -- including New York, Indiana and Mississippi -- your child isn't legally an adult until she turns 21. If you divorce in one of these jurisdictions, you'll have to pay support through this time, unless she strikes out on her own. In this case, the law usually considers her self-supporting.

Some states require that divorced parents pay for their child's college costs. This may be in lieu of child support, or in addition to it, depending on where you live. Some jurisdictions, such as Colorado, cap college support at your child's 21st birthday, so even if you must pay it, you would not have to do so beyond age 21.

If your child is incapable of earning a living because she's mentally or physically disabled, her age doesn't matter. Support will continue indefinitely unless the court determines at some point that she's able to support herself.

Divorce is never easy, but we can help. Learn More
Can You Get Child Support Stopped at 18 if a Child Is in Secondary School?

Nevada Law on the Emancipation of a Minor Child

The age of majority, or the age at which a child legally becomes an adult, is 18 in Nevada. However, teenagers younger than 18 can petition a Nevada court for emancipation, freeing themselves from their parents' authority. When this occurs, they can enter into legally binding contracts and incur debt, just as adults can. However, in some respects, they’re still minors under Nevada law.

Although children become adults at age 18, this doesn't necessarily mean that their dependency upon their parents suddenly stops. Typically, child support stops when a child reaches the age of majority, but child support law varies by state. Some states do allow child support to continue past age 18 and graduation from high school. Whether or not you can receive support for your child after she reaches age 18 depends upon where you live.

Can Child Support Be Rescinded if My Child Quits School?

Generally, states require child support to be paid until the child reaches the age of majority, i.e., when the child is no longer legally a child. States fairly uniformly extend a child's minority, or status as a child, due to continued high school attendance. Dropping out of high school can be grounds to terminate child support if the family court agrees that the child is functionally an adult. However, dropping out of school by itself is rarely enough to terminate support when the child is still a minor.

How To Stop Alaska Child Support for My Daughter, Who Turned 18

In a perfect world, you could simply stop writing checks for child support when your child emancipates and reaches the ...

Divorce doesn't always wait until your children are old enough to fly the nest – nor does it always happen when they're ...

If you're facing divorce and you have grown children, the court probably will not order you to pay child support on ...

Does Child Support Automatically Stop When a Child Turns 18 in Maryland?