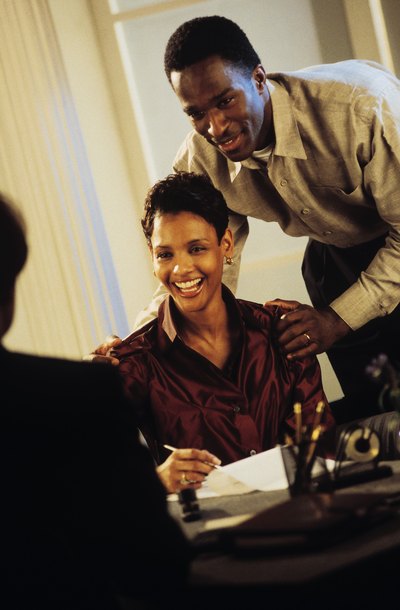 You draw up a power of attorney in order to give someone else the authority to act in your stead regarding financial or healthcare matters. As principal, you select a person to act as your agent and describe the scope of the authority you give her. You can give the agent authority to act on your behalf for a limited purpose, such as selling stocks, or allow her general control over all of your financial matters. Durable powers of attorney are those that remain valid if the principal becomes incompetent. This legal document must be executed according to the laws of your state which may require a notary or witnesses to verify your signature.

In some states, a person named as an agent in a power of attorney must sign the document along with the principal to indicate that she is aware of her appointment and agrees to it. Yet, an agent may opt out of the duties involved for any reason, before or after she begins acting as agent. She cannot, however, simply pass the duties on to someone else. If the principal appointed several people to serve as co-agents, the remaining co-agents continue to perform as agents after one of them resigns. If an alternative agent was named in the power of attorney, that person becomes agent if the original agent declines to serve. Generally, a successor agent has the same scope of responsibility as the original agent.

Ready to appoint a power of attorney? Get Started Now
How to Get a Power of Attorney Dropped

Does a Power of Attorney Have the Right to View Medical Records?

A person named in a medical power of attorney generally has broad authority to make all medical decisions for the incapacitated principal that the principal might have made himself were he competent. She must select doctors and medical facilities and approve or disapprove medical treatment. In her capacity as health-care agent, she has the right to review the principal's medical records.

Power of Attorney in Nevada

Can You Use Power of Attorney When a Person Is Alive?

A power of attorney is a document executed by someone referred to as a principal authorizing another person known as an agent or attorney-in-fact to act for her in performing certain actions or managing her affairs. Not only may you, as agent, use a power of attorney when the principal is alive, but you should not attempt to use one after she is deceased. Powers of attorney terminate upon the principal's death. In contrast, a court-appointed executor, often referred to as a personal representative, usually takes charge of legal and financial matters for the estate of someone who dies.

A power of attorney is a legal document that allows you to appoint someone to act on your behalf if you become ...

How to Stop a Power of Attorney

You can stop a power of attorney you granted to another person by completing a revocation form, and you must do so as ...

How to Obtain Power of Attorney in MA

You have a legal responsibility as an agent on your mother's dual power of attorney. An agent can act on behalf of the ...