Can a Person Move During a Divorce in Arizona?

If you and your spouse lived in Arizona at the time your marriage fell apart, then that's the proper place to file for divorce, called dissolution of marriage. However, divorce is sometimes a lengthy process, and you may want to move out of state before your divorce is final. Moving likely will not change your divorce, but it may impact the court’s authority to decide issues like child custody. 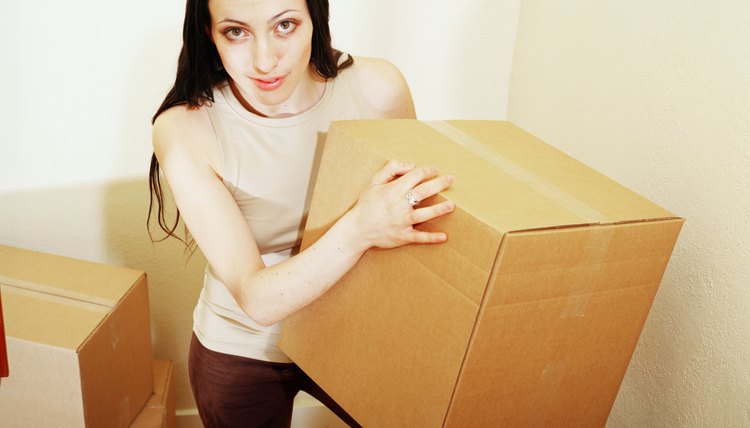 Under Section 25-312 of the Arizona Revised Statutes, the spouse who files for divorce must live in Arizona, or be stationed in Arizona by the military, for at least 90 days before filing the petition for dissolution of marriage. When the filing spouse meets this residency requirement and files the petition, the court gains jurisdiction over her, giving the court the authority to decide issues pertaining to the divorce. Jurisdiction is determined at the time a spouse files for divorce, so there is no requirement that she continue living in Arizona after filing.

Though it may be legally possible to complete a divorce in Arizona when one or both spouses move, it may not be easy. Moving mid-divorce can complicate your case, particularly if the divorce is contested. For example, if you must travel back to the Arizona court for multiple hearings, you may find it easier and less expensive to simply remain in Arizona until the divorce is complete. If you are representing yourself in court, you may have to hire an attorney to be your local representative if you move out of state.

Moving out of state may remove the Arizona court’s ability to determine custody if the moving spouse takes his children with him when he moves. Arizona has adopted the Uniform Child Custody Jurisdiction and Enforcement Act, which governs when a court has jurisdiction to address issues such as child custody. Typically, a child must live in a state, called the home state, for at least six months before that state’s courts can issue custody orders. A court in another state can issue custody orders under certain circumstances but may be reluctant to do so except in emergencies. If an Arizona court loses jurisdiction over divorcing spouses’ children, they may still get a divorce in that court, but they must go to another court in the new state to determine child custody and visitation.

The issue of parental relocation is one of the most emotionally charged in custody law. No matter which way a court rules, there’s rarely a happy ending for everyone involved. If the court permits the custodial parent to move, she’ll get her wish to start over elsewhere. But depending on how far she moves, her ex may be looking at a future where he will hardly ever see his kids, and her children may lose touch with their other parent.

I Am in North Carolina & My Wife Is in California: Can I Still Get a Divorce?

When you live in North Carolina and your wife lives in California, you can still get a divorce. However, certain residency requirements may come into play, which will affect whether your or your wife may file for divorce where you live. In addition, specific rules apply if you and your spouse have minor children -- these rules dictate which state has jurisdiction to issue an order regarding custody. Further, state-specific property division rules may also play into the decision of where to file.

How Long Do You Have to Live in Tennessee Before You Can Divorce Someone From Another State?

Filing for divorce can be a confusing process and you may even be uncertain regarding where you can file. If you have ...

Moving a Child Custody Court Case in Florida to Georgia

Most states, including Florida and Georgia, have enacted the Uniform Child Custody Jurisdiction and Enforcement Act as ...