Can You Reopen a Bankruptcy Chapter 7?

Under Chapter 7 bankruptcy, most of your consumer debts are discharged by a court order within approximately six months from the filing of your petition. This discharge is important because it legally wipes away any claims that creditors have that you owe money on a debt so long as you identified the debt as part of your bankruptcy case. However, if you failed to identify a creditor as part of your case, you may be able to reopen the case under certain circumstances. 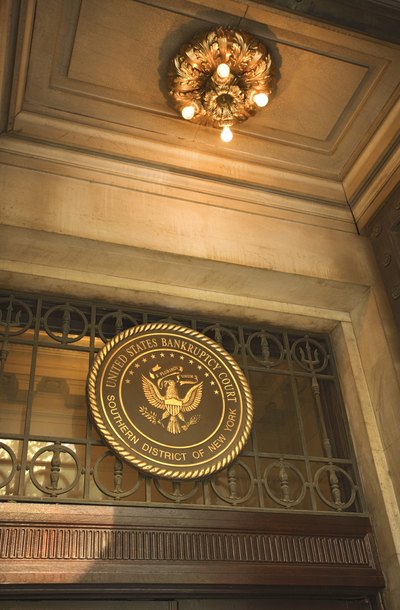 Under the U.S. Bankruptcy Code, a closed bankruptcy case may be reopened at the request of the debtor, "other party in interest," including a creditor, or at the request of the trustee. To reopen a case after a discharge is granted, a written motion must be filed with the bankruptcy court stating the reasons for reopening the case. The court also requires the person who files the request to reopen to also pay a court filing fee.

Another reason you may wish to reopen a closed bankruptcy is to file a lawsuit against a creditor if it violates the court injunction that prohibits it from trying to collect a debt that was discharged in your bankruptcy. If the court discharges the debt, it is unlawful for the lender to make any attempts to get you to pay the debt. If a creditor begins harassing you to repay any debts that were discharged, you have the right to reopen your bankruptcy case in order to enforce the court-ordered injunction and seek money damages from the creditor.

Your bankruptcy may be reopened by the trustee or your creditors if there is evidence that you were fraudulent in your bankruptcy filings or untruthful in your testimony during the meeting with the trustee and creditors. If the trustee learns that you attempted to hide assets from him, the court could reopen your case, seize the asset, revoke your discharge of indebtedness, impose civil fines and refer you for criminal prosecution.

Get a free, confidential bankruptcy evaluation. Learn More
Can You Go to Jail if You Get Denied a Bankruptcy Discharge?

A tough stretch of financial misfortune can put you under the threat of eviction by your landlord. If you file for bankruptcy, you are asking a court to stay any collection actions against you by creditors. This may include landlords seeking to repossess your abode. If the landlord has already obtained a court judgment against you, however, you will receive an eviction notice and bankruptcy may not provide relief.

What Happens When You Reaffirm a Vehicle After Bankruptcy?

Bankruptcy allows you to get a fresh start financially, clearing up debts by paying some and dismissing others. Filing Chapter 7 bankruptcy, also called "liquidation" bankruptcy, doesn’t mean you have to give up everything you own, even if you still owe money on some of your assets. If you reaffirm your obligation to pay for an asset, such as a vehicle, you can keep that asset. However, without reaffirmation, you could lose your vehicle after your bankruptcy proceedings if you still owe money on a car loan.

What Happens if the Trustee Abandoned an Asset?

The word "abandon" sounds alarming, but it can actually be a good thing in a Chapter 7 bankruptcy. When your trustee ...

How Long Before Debt is Discharged After Bankruptcy?

A bankruptcy discharge is available to you at the completion of your bankruptcy case. Your debt is erased when you ...

What Do I Do When I Leave Out a Creditor in a Bankruptcy?

When you file the initial petition for bankruptcy, you will complete a schedule that lists all of your creditors and ...