Can I Revoke a Release of Claim to an Exemption if There Is a Divorce Decree?

Because claiming your child as a dependent on your tax return can save you money, it is often an area of dispute among divorcing couples. Generally, the custodial parent will claim the exemption, but you may waive your right to the exemption as part of a divorce settlement. After waiving your right, your ex-spouse may sue you in court if you breach the divorce settlement by revoking the release of the claim to the dependent exemption. 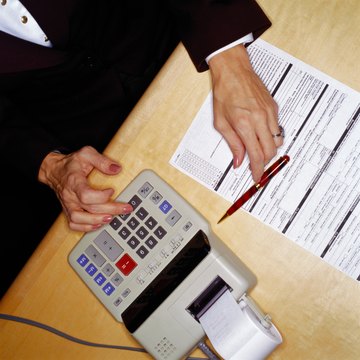 If the parents have not agreed otherwise in a divorce settlement, only the custodial parent may claim an exemption for a child. The federal tax code allows only one parent to claim a child on her tax returns, including the dependency exemption, dependent care credit, and any tax credits. Generally, a child is only considered a dependent if she lives with the taxpayer for more than half the year. As a result, the parent who has custody of the child is usually the person who may claim the child as a dependent. When the parents share joint custody, the parent with whom the child spends the greater number of nights is considered the custodial parent. If the number of nights spent with each parent is equal, the parent with the higher income will be considered the custodial parent for tax purposes.

Because a marital settlement agreement may be considered a legal contract, revoking the waiver may be deemed a breach of that agreement. If you revoke the exemption provision and refuse to release it back to the other parent as provided for in the divorce decree, your ex-spouse could take you back to court to enforce the decree. Although a state court does not have the right to impose a waiver of the exemption on the custodial parent, the court may enforce a divorce settlement agreement.

Divorce is never easy, but we can help. Learn More
Tax Filing Rights for Joint Custody

If a parent is behind on child support payments in Connecticut, state and federal tax refund amounts may be intercepted. This method is one of several enforcement mechanisms available to the Office of Child Support Enforcement. Intercepting tax refunds applies if the noncustodial parent is in arrears past a threshold amount, which can vary based on whether the child receives public assistance. The state must give advance written notification to the parent, who may request a hearing to contest the action before any refund amount is taken.

What Is a Waiver of Inheritance?

In estate law, heirs named in a will have the right to waive or disclaim an inheritance. This is a refusal to accept the bequest, and is usually done to either avoid taxes or the inconvenience of looking after property. You carry out a waiver of inheritance by drawing up and signing a document that ends your legal right to claim the assets left to you in the will.

If you have a child support order under California law, you have the right to have the order enforced through tax refund interception. Since 1993, California's Franchise Tax Board has had the authority to enforce child support orders through the interception of tax refunds due from the state as well as the Internal Revenue Service. This, along with other remedies, are available to the custodial parent if the non-custodial parent is not paying court-ordered child support or paying less than the amount ordered.

If your divorce agreement does not say anything about who gets to claim the children as dependents, then typically the ...

After a divorce, the IRS no longer allows parents to file joint married tax returns. Therefore, only one parent can ...

Parting couples in the state of Indiana should take some important tax rules in mind when going through either ...

All states have a system in place for deciding how divorced or separated parents will support their minor children. ...