Can a Spouse Drop Divorce Charges?

Spouses frequently opt to reconcile after divorce proceedings commence. A dismissal must be entered by the court to terminate a pending divorce action. A copy of the dismissal is customarily provided to all affected parties and any government agencies involved in the case. The dismissal process and court paperwork a spouse must complete varies based on state law and the specific circumstances involved. 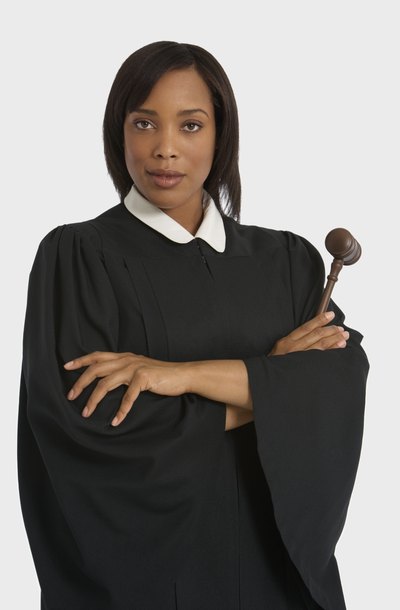 Generally, courts allow a person to dismiss his own lawsuit before the opposing party answers his pleadings. A voluntary dismissal must be signed by the party dropping the divorce and submitted to the court clerk for filing. The specific rules for voluntary dismissals are governed by state law. A person should check local rules and obtain an approved dismissal form from the clerk of the court handling the matter.

If a response has been filed to divorce proceedings and the parties cannot agree to a dismissal, a motion must be brought. A motion is a request for a formal hearing before a judge so the parties can argue their positions. A judge may grant or deny a motion for dismissal. For example, if a spouse is arguing over a small matter like court costs, a judge can make a decision about the issue and then grant the dismissal. However, if an opposing spouse has filed a formal response and wishes to proceed with the divorce, the judge may deny a dismissal so the marriage can be ended.

A court case can be dismissed for non-progress when parties simply stop participating in court proceedings. This is not the best way to have a case dismissed. For example, if a spouse files for a divorce, but then makes no further contact with the court or takes any action, the clerk will generally dismiss the case because of non-progress. Judges dislike it when cases are abandoned because they clog the dockets and create extra work for court personnel.

Divorce is never easy, but we can help. Learn More
What is a Notice of Dismissal of Bankruptcy?

Obtaining a divorce means severing a legal relationship. As such, rigid legal rules and procedures come into play. In Florida, if one spouse fails to observe the filing requirements, the court may dismiss the action. Cases may also get dismissed by voluntary agreement if a couple decides to stay married. Paying close attention to the Florida court rules from the outset will help you avoid having to file for divorce twice.

What Is a Motion to Expedite Consideration in a Divorce Case?

The divorce process can involve all kinds of emergency situations. Maybe your spouse is threatening to take your child out of state, or the mortgage is about to foreclose unless somebody pays it. You can file motions any time you need the court to address issues while your divorce is pending. A motion to expedite consideration asks the judge for special dispensation so you don't have to wait as long as it might ordinarily take to get into court.

What Is a Divorce With Prejudice?

A divorce with prejudice, in a marriage that has been dissolved and custody and financial issues decided, means both parties are barred from filing a future divorce action against the other. The term "prejudice" in this context refers only to whether or not a party may refile a divorce action. It does not refer to any unlawful prejudice by the judge based on gender, race, religion or age toward a party.

Divorce is a stressful process that often prompts a great deal of soul-searching by both parties. It is not uncommon ...

Divorce law varies from state to state, but each state has a procedure for dismissing a divorce case. The reasons for a ...

How Can a Petitioner Drop a Divorce?

If you file for divorce and later change your mind, you can ask the court to drop the case. The legal term for this ...

The Retraction of a Divorce Filing

A divorce is not finalized until a judge signs off on the divorce decree and grants a final judgment in the case. Until ...