Participation of both spouses can help ensure the divorce process moves forward efficiently. Unlike other states, divorce hearings in Florida are often conducted by general magistrates and not judges. However, one spouse cannot prevent a marriage from being dissolved by the act of simply not attending a general magistrate hearing. Instead, depending on how the case was filed, the magistrate will either request the filing of a new petition or recommend to the presiding judge that a divorce is granted based solely on the testimony of the participating spouse. 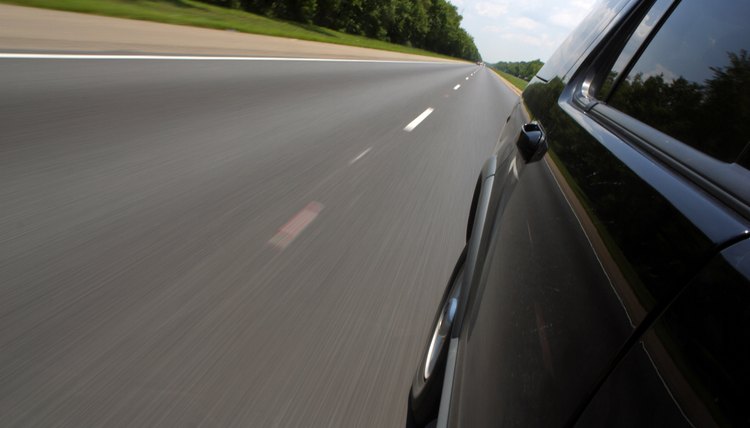 In Florida, general magistrates are used to take some of the workload off of judges. The magistrate is an attorney appointed by the court to conduct a divorce hearing. After hearing all of the evidence, the magistrate issues a report to the presiding judge with specific findings of fact and recommendations on how the judge should rule. The judge will then review the report and issue a court order incorporating the findings made by the magistrate.

If a spouse fails to respond after receiving notice of a divorce action, the other spouse may request a divorce by default in Florida. A default means that your spouse waived his right to participate in the divorce by not responding in time. A default generally allows you to schedule an earlier hearing with the magistrate than if your spouse had responded to your petition. To qualify, you must first serve the divorce paperwork on the other party through the sheriff's office and wait 20 days for a written response. If your spouse does not respond in time, you may then file a motion for default and a default judgment form with the court. After the court enters the default, you will be asked to schedule a final hearing with the magistrate. At the hearing, the magistrate will hear only your side of the story and forward her findings to a judge for issuance of the final divorce decree.

In Florida, if the divorce was filed as an uncontested divorce, only the filing spouse is required to attend the hearing. An uncontested divorce means the parties are in agreement on every aspect of the divorce, which requires the other spouse to file an answer to the petition in addition to the marital settlement agreement submitted on behalf of both spouses. The marital settlement agreement is a binding contract that establishes to the court that the parties have come to voluntary agreement on all issues related to the divorce, such as property division and support.

If the matter was filed as a simplified divorce, both spouses must attend the hearing. A simplified divorce is a faster type of uncontested divorce for couples without children who are willing to waive their rights to spousal support and a trial. A simplified divorce does not require a marital settlement agreement, so attendance at the final hearing is mandatory to ensure both parties understand their rights and obligations. If your spouse fails to show up, the court will not grant you a divorce and you must start the process over by filing a regular petition for divorce.

If your spouse has filed a response to the petition but the two of you cannot reach an agreement, the divorce must proceed as contested. Your spouse's participation at the final hearing is considered mandatory, but if he refuses to attend, his absence will not prevent the court from issuing a divorce decree based on your testimony. Because this decision could result in a ruling unfavorable to the absent spouse, the court will usually grant him a continuance if he provides a legitimate reason for his absence in a timely manner. For example, if your spouse was involved in a car accident on the way to the hearing, after informing the court as soon as possible, this reason is likely to be considered grounds for postponement.

Divorce is never easy, but we can help. Learn More
Does the Plaintiff Have to Show Up in a Divorce?

What Happens If a Person Refuses to Sign Divorce Papers?

When marriages fall apart, both parties often want the divorce process to progress as quickly as possible. However, cases occur when one spouse refuses to sign divorce papers for various reasons ranging from a desire to seek greater financial support to a genuine desire to remain married. However, in the United States, one spouse cannot prevent another spouse from obtaining a divorce. Consult with an attorney who specializes in family law and divorce with specific questions about ending a marriage.

What Happens at a Mandatory Divorce Settlement Conference in California?

In California, judges can order mandatory divorce settlement conferences. These conferences are held between the parties and a court-appointed mediator or judge, and all parties and their attorneys must attend. The settlement conference gives the parties a final opportunity to settle before going to trial and is typically scheduled 30 days before trial. Judges are especially likely to order these conferences when child custody is in dispute because they allow parents to come to an agreement they can both tolerate.

What Is a Motion for Default in a Divorce Case in Florida?

A motion for default in a Florida divorce case allows the person who filed the divorce petition, the "petitioner," to ask the court to grant her petition when the other spouse, or respondent, has failed to file an answer in court. Typically, the respondent "answers" the divorce petition by confirming or disputing the facts and terms set out in it. If the respondent doesn't file an answer, the motion for default lets the petitioner complete the divorce without the other party's participation.

Obtaining a divorce means severing a legal relationship. As such, rigid legal rules and procedures come into play. In ...

Getting a marriage dissolved is not something that can be accomplished overnight. Even if you and your spouse are in ...

No matter his reason, your spouse cannot legally force you to stay married in New Mexico. Some spouses will not sign an ...

Can a Person Ask for a Continuance Without a Lawyer During a Divorce Hearing in Virginia Law?

Rescheduling a divorce hearing can provide you with more time to prepare your case. In Virginia, a request to ...