Can a Third Party in Virginia Be Held in a Divorce Case in an Extramarital Affair?

If an extramarital affair leads to divorce, the jilted spouse might want to know whether Virginia laws provide a way to sue the third party, or the person involved in the affair with her spouse. Although adultery may become relevant to a divorce case, state law does not allow a spouse to sue the third party as part of the divorce proceedings. 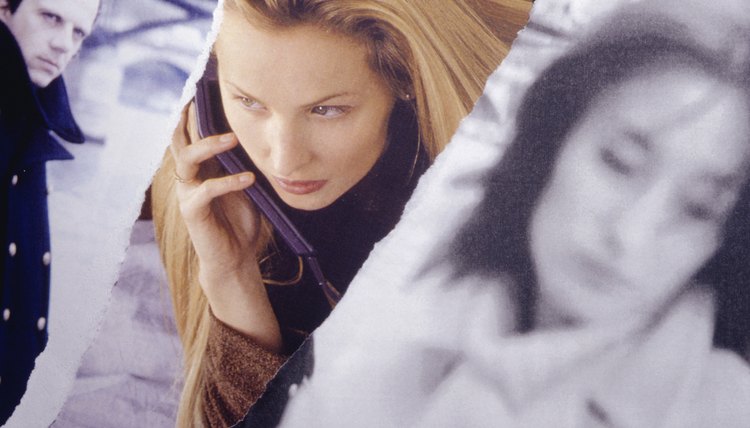 Divorce Case and a Third Party

Although a divorce case involves only two parties — the husband and wife — some states do allow a spouse to file a separate lawsuit against the third party involved in the extramarital affair. Based in tort law, an alienation of affection lawsuit allows a jilted spouse to file a civil action against the third party for interference with the marriage. However, only a few states currently permit alienation of affection lawsuits; Virginia is not one of those states.

At one time, Virginia allowed spouses to file alienation of affection lawsuits against third parties, but the state no longer permits civil actions in response to adultery. The Virginia General Assembly enacted a state law specifically prohibiting alienation of affection lawsuits based on acts arising or occurring after June 28, 1968. The same state law also eliminates the right to file a lawsuit based on a third party's seduction of a spouse arising or occurring after July 1, 1974. Accordingly, a recent extramarital affair is unlikely to result in an alienation of alienation lawsuit that would meet the timing requirement set by state law.

Divorce is never easy, but we can help. Learn More
Legal Actions for Adultery

Alienation-of-affection laws reflect the outdated concept that if a spouse strays, a third party must have lured her into it and a court can therefore hold that person accountable. Most states have abolished alienation-of-affection laws. Only South Dakota, New Mexico, Hawaii, Mississippi, Utah, North Carolina, New Hampshire and Illinois allowed such lawsuits as of the 2011.

Abandonment Laws in Alabama Regarding Marriage

Alabama state laws establish spousal rights in marriage and divorce after abandonment. In particular, Alabama law establishes an abandoned spouse's right to support and penalizes an absent spouse for desertion. Spousal abandonment is a fault ground for divorce with potential consequences in property division, alimony and child custody.

Does an Affair Matter in a Divorce in Tennessee?

An affair can be devastating to a marriage. Tennessee allows you obtain a divorce from your spouse based solely on adultery. Understanding how an affair can affect the stages of the divorce process, as well as what defenses may be raised will help you better prepare for a divorce of this type in Tennessee.

Disputes in a marriage can lead to divorce court or, by individual state laws, to another kind of civil court. States ...

When spouses decide to end their marriage in Virginia, they can file for no-fault or fault divorce. A fault divorce ...

Legal Remedy for an Abandoned Spouse

Abandonment by a spouse can be a stressful experience, especially if the abandonment causes financial strain or legal ...

How to Get Divorced From Someone in Prison in Georgia

To divorce a spouse who is currently in prison, a husband or wife must follow the divorce laws and civil procedure laws ...