Can a Wife Be Deported if She Filed for Divorce?

Non-citizens can get a quick path to United States citizenship by marrying a U.S. citizen, but those marriages don't always work out. Whether it's because the marriage began as a sham or developed problems along the way, divorces can have citizenship implications. Depending on how long the spouses were married and what type of residence the non-citizen spouse has, she could face deportation upon divorce. 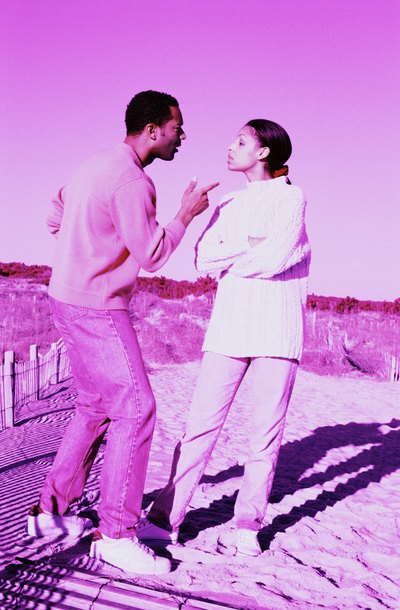 Once the non-citizen spouse passes the two-year conditional residency period, her citizen spouse can petition for her to obtain unconditional, full permanent residence. Divorce typically does not affect the non-citizen spouse's status once she obtains permanent residency, meaning she is not eligible for deportation due to the divorce. Divorce can, however, delay the alien spouse's citizenship process because aliens married to citizens only need three years of residency to obtain citizenship rather than the five years required for aliens not married to U.S. citizens.

An alien spouse who is divorced while in a conditional permanent residence status can stay in the United States legally by obtaining a waiver of termination of his status. A waiver is given to non-citizen spouse if he entered into a marriage in good faith and was not at fault for failing to file for permanent residency when he became eligible for it. Thus, a spouse whose marriage was a sham from the start will not qualify for a waiver of termination, but a spouse whose marriage was legitimate can qualify even though the marriage did not work out.

Divorce is never easy, but we can help. Learn More
What Happens if I Divorce My Sponsored Non-Citizen?

Can Divorce From a Sponsor Affect Citizenship?

Marriage is the fastest and most popular way foreigners become American citizens. In fact, according to the Department of Homeland Security, 27 percent of all those who received legal permanent residency between 2006 and 2007 qualified through marriage. Divorce can also affect your path to citizenship.

How to Revoke a Petition to Sponsor an Immigrant

Green card holders have permanent resident status in the U.S. and can remain in the country indefinitely without a visa. Although green card holders have the right to marry and divorce at will, this right is not restricted to citizens and those with permanent resident status. Any immigrant can legally marry, divorce and remarry in the U.S., provided he meets certain requirements.

If You Divorce a Permanent Resident Do They Get Deported?

Foreign citizens with a valid visa are free to visit, work, live and seek an education in the United States on a ...