Can a Wife File Chapter 13 if a Husband's Case Was Dismissed? 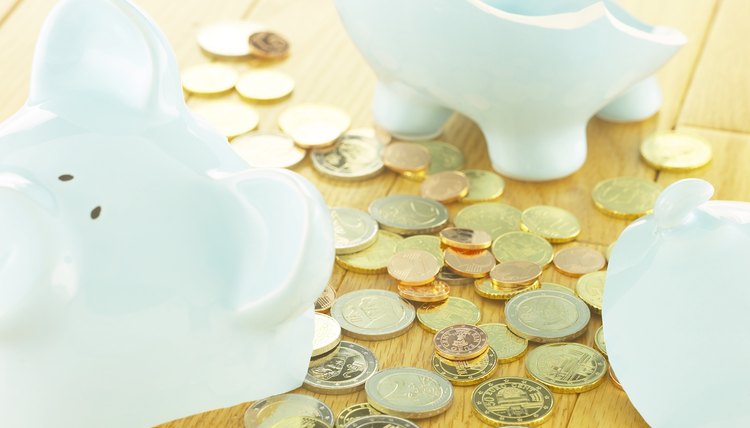 Under Chapter 13 bankruptcy, a debtor makes payments to a court-appointed trustee for three to five years according to an agreed-upon repayment plan. The trustee is responsible for disbursing these payments to the petitioner's creditors. At the end of the repayment period, all outstanding eligible debts with these creditors are discharged and the creditors are no longer permitted to make attempts to collect this debt.

A husband's previous Chapter 13 bankruptcy may have previously been dismissed for a variety of reasons. A common reason for a dismissal is because the husband failed to make his payments in accordance with the repayment plan. The trustee also may have sought to dismiss his bankruptcy for a technical reason, such as his failure to list all creditors or an error on the bankruptcy paperwork. A more serious reason for dismissing his previous case is if the court found that he filed for bankruptcy in bad faith or, even worse, fraudulently.

Depending on the reasons for the dismissal of the husband's Chapter 13 bankruptcy, he may be able to refile his petition within 180 days if the dismissal was voluntary or on technical grounds. The husband may also be eligible to immediately file for bankruptcy under Chapter 7 if his income falls below the state's median income as determined by the court. However, if his case was dismissed because he engaged in misconduct, he may be prohibited from filing any new bankruptcy cases based on an order issued by the bankruptcy judge.

A wife may elect to file for Chapter 13 bankruptcy after her husband's case is dismissed for various personal or financial reasons if she has not filed a case in the previous 180 days. A common reason to file immediately after her husband's bankruptcy dismissal, rather than waiting 180 days or filing under Chapter 7, is to prevent foreclosure on the couple's home. Since the home is likely owned jointly by both spouses, the "automatic stay" will protect the couple's home, car and any other property owned by both spouses by stopping collection efforts by creditors during the bankruptcy process.

Get a free, confidential bankruptcy evaluation. Learn More
Can One Spouse File for Chapter 13 & the Other for Chapter 7?

Can You Include Returned Checks in Chapter 7?

Sometimes, married couples face financial obstacles that feel impossible to overcome, inhibiting their ability to provide for their families or plan for the future. When this happens, spouses may explore bankruptcy as a way out of the financial abyss and pathway to a fresh start. However, if your spouse filed for bankruptcy and you didn't, you may be wondering if you're at risk for losing any property. The answer is maybe, depending on where you live and what type of property was included in the bankruptcy.

How Does Bankruptcy Affect Spouses?

Bankruptcy may be your path away from overwhelming debt and can give you a fresh start. If you are married, your spouse does not have to file with you; but filing alone doesn’t mean that your spouse won’t be affected by the bankruptcy. Under Chapter 7 bankruptcy, depending on your state of residence, assets held in your spouse’s name may be sold to satisfy creditors, and your spouse's credit score could be negatively impacted.

Can a Wife File Chapter 7 With a Husband If All the Debt Is in the Husband's Name?

In a Chapter 7 bankruptcy, assets are sold to pay the debtor's obligations and eligible debts that are not satisfied by ...

How Will it Affect Me if My Husband Is Going to File for Bankruptcy Before We Divorce in California?

Your husband's decision to file for bankruptcy, either before you file for divorce or before your divorce is final, can ...

A chapter 13 bankruptcy can allow someone under extreme financial pressure the breathing room needed to reorganize his ...

The Difference Between Voluntary & Involuntary Bankruptcy

A bankruptcy may be the only way to get out from under your debt, but it can have severe consequences on your credit ...