Wills can be contested, but the process is subject to complex laws that vary from state to state. If you believe you have cause to contest a will, immediately contact an attorney to learn the rules for doing so where you live. The burden is on the person contesting the will to prove that it should be set aside, so will contests are not typically easy to win. 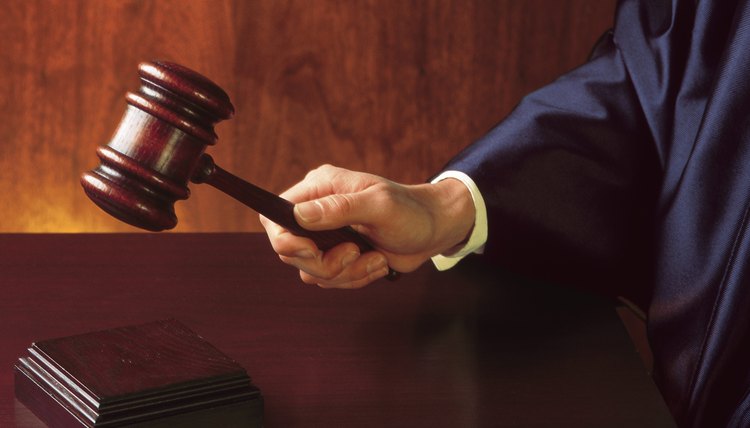 You can only challenge a will if you have what's called "standing," or a financial interest in the estate. This usually means that you are a beneficiary who received less of an inheritance than you believe the deceased wanted to give you, or you are an heir who's closely related to the deceased, and you would have inherited by law had the deceased not left a will.

A will cannot be contested because you think it is unfair. You must prove that the deceased made it under some circumstance that makes it invalid. The most common reasons are a lack of mental capacity on the part of the testator, the person writing the will, or that the testator made his bequests under threat or undue influence. You can also prove fraud -- that the will is a fake or forgery, or that a more recent will with more favorable terms for you has mysteriously disappeared.

The period of time when you can contest a will varies from state to state. In general, however, you have no more than two years to challenge a will after it enters probate. An exception is if you were a minor at the time the will entered probate. In that case, you would have two years after reaching the age of majority. Age of majority is usually 18 years in most states.

Many states allow a testator to make a provision in her will that if any of her beneficiaries contest it, they will lose even the inheritance that she did give them. Beneficiaries risk getting nothing if they challenge the will for more. However, most states that allow this also have statutes to overturn a “no contest” clause in a will if the person challenging it has reasonable cause to do it. If a beneficiary has already received her inheritance, some states require that she return it to the estate before she can contest a will.

When a will is successfully contested, some portions of it might be nullified, or it might be invalidated in its entirety, depending on the decision of the judge. If the entire will is thrown out, the estate is generally distributed according to the state’s intestacy laws -- an order of succession of immediate relatives who would get the estate if there is no will. If only portions of the will are invalidated, the property those portions refer to usually returns to the estate and is distributed by the terms of the rest of the will.

A will does not become a binding legal document until after the testator dies. However, if you have reason to believe his will is unfair before his death, you can file a lawsuit against the person who would unfairly inherit, alleging “torturous inference with an inheritance.” You would have to prove that she somehow coerced the testator into making the will the way he did.

Protect your loved ones. Start My Estate Plan
Time Limits When Contesting a Will

A will details the way the deceased person’s assets are to be distributed, but sometimes someone will try to contest, or challenge, the will if he does not receive the inheritance to which he believes himself entitled. Consequently, you can insert a clause in your will to discourage challenges to the will’s validity, perhaps making a challenger think twice before acting.

One common ground for contesting a will is that the will was the result of fraud. If you can prove fraud, some or all ...