The Missouri court's primary concern when deciding issues of custody is the best interests of the child. Generally, the court considers allowing both parents access to their child to be in the child's best interest. However, under Missouri law, specific problems a parent may have can make it dangerous, physically or emotionally, for the child to visit with that parent alone. In such circumstances, the court may order supervised visitation, which allows the parent access in an environment safe for the child. 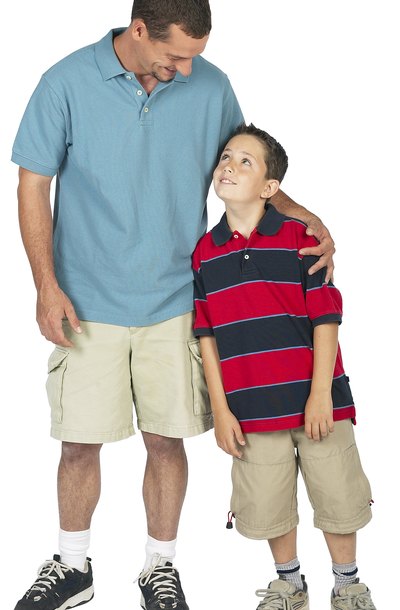 The point of supervised visitation is to allow a troubled parent to spend time with his child in an environment that ensures the child's safety. Supervised visitation can range from visits between a parent and his child in the presence of a court-approved adult to visits that must take place at a court-approved facility in the presence of child behavioral specialists. Missouri law specifies there must be strong evidence, such as documented past patterns of dangerous or criminal behavior, that the child will be in danger if left alone with the troubled parent before a Missouri court can order supervised visitation.

If evidence such as police reports, arrest records or direct testimony from witnesses or therapists shows that a parent has a history of drug or alcohol abuse, the court may order supervised visitation. If the court finds, however, that there is another way to eliminate the danger to the child, it may order a less restricted alternative. For example, if the parent has a history of alcohol abuse, the court may order him to abstain prior to and during visitation. The order may also include a breath test before visitation begins to ensure that the parent is indeed alcohol free.

A history of sexual abuse is grounds for Missouri courts to order supervised visitation. The abuse does not need to have been directed at the child. It is enough if there is substantiated evidence that the parent has a history of perpetrating sexual abuse. This evidence may take the form of neighbor or teacher witness testimony of abuse, a physician testifying about his observations of abuse during an exam, a therapist testifying to conversations with the child wherein the child revealed details of abuse, or documentary evidence such as police reports, medical records, or photographs depicting injuries on the child. However, if the parent has been convicted of felony sexual abuse against a minor, the Missouri courts are by law required to order that all visitation by the convicted parent be supervised.

Missouri courts have held that evidence of a history of violence in the home, even if it is not directed at the child, is sufficient justification for ordering supervised visitation. A history of domestic violence may be shown using prior convictions of similar domestic abuse within the immediate past five years. Testimony by the abuser's spouse or other first-hand observer of dangerous physical behavior in the presence of the child, such as throwing heavy objects and threats of suicide and death directed at the child and the other parent qualify as domestic violence in Missouri that justifies an order of supervised visitation.

A documented history of mental illness that endangers the child can be grounds for restricting visitation. Mental health and medical records, as well as testimony of psychiatric professionals constitute evidence of a history of mental illness. Though Missouri recognizes the psychotherapist-patient privilege, its courts will admit this evidence when the custodial parent testifies to a suspicion of child endangerment in a custody or visitation suit. In this case, the courts give more weight to the best interests of the child than they do to doctor-patient or psychiatrist-patient privilege. For example, Missouri courts have allowed expert testimony by a psychiatrist regarding a parent's manic episodes accompanied by violence and out-of-control behavior, and have ruled this evidence proves child endangerment sufficient to justify an order of supervised visitation.

A divorce can be disruptive to children. In Pennsylvania, courts must base all custody decisions on what is found to be in the child's best interest. For infants, this requires looking at the specific needs of the child at that time, as well as the ability of both parents to meet those needs. Understanding what factors a court looks at in making custody decisions in Pennsylvania, can help you pursue the best possible parenting arrangement for your infant.

If you can't reach a custody agreement with your spouse, divorce means putting your family in the hands of a trial court judge. The court has no intimate knowledge of your family to guide a custody decision, so it must fall back on a statutory standard provided by law. This is called the "best interests of the child," and the different states have different lists of factors that a judge must consider in deciding just what the best interests of your child are.

If you are the biological father of a child but are not named on the child's birth certificate, you face significant legal ramifications -- the mother may put the child up for adoption without notifying you, for example, and you can lose all rights to custody. In Missouri, there are two ways to have the child's birth certificate amended to list you as the father -- by executing an Affidavit Acknowledging Paternity and by filing a civil action in court. Executing an Affidavit Acknowledging Paternity is the easiest and most convenient method, as long as you can obtain the mother's cooperation.

Requirements for a Supervised Child Visitation in Michigan

Michigan courts consider it in the best interests of children of divorce that children maintain a relationship with ...

Working out a custody arrangement can be the most difficult part of any divorce involving minor children. Prior to ...