How to Challenge Power of Attorney 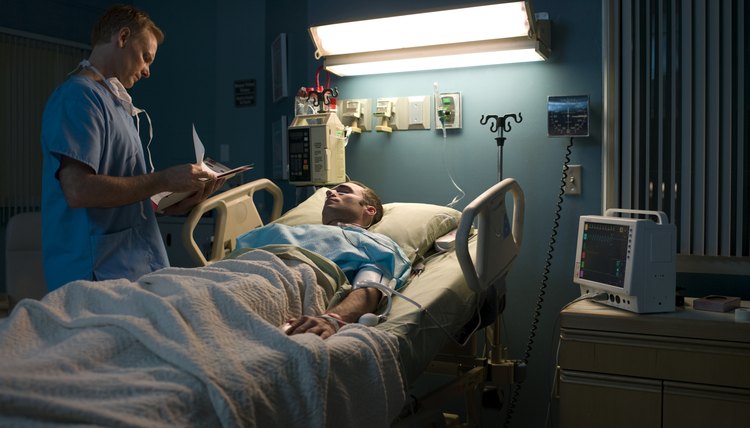 Examine the power-of-attorney form to determine if it meets state formal requirements for validity. Although state laws differ, most states require a power of attorney to be witnessed or notarized. Some states, such as Pennsylvania, require the inclusion of certain statutory language. Other states, such as New York, require a separate statutory form to allow the attorney-in-fact to make gifts out of the principal's assets. Failure to comply with these requirements will render a power of attorney void.

File a petition with the probate court with jurisdiction over the principal's residence, alleging abuses of the agent's authority that you have been able to uncover and seeking revocation of the power of attorney. You must state your relationship to the principal and explain why you have an interest in the case. You must also allege specific facts rather than general allegations. You don't have to be able to prove the facts you allege at the time you submit the petition, but you do have to demonstrate a rational basis for filing it.

File a discovery motion with the probate court to compel the attorney-in-fact and any other relevant parties (such as an attending physician) to disclose any information, such as financial or medical records, that would provide evidence to support your petition. Submit any evidence you uncover to the probate court.

Petition the probate court for legal guardianship over the principal if the court denies your petition. In many states, an attorney-in-fact must obtain the guardian's permission to perform legal acts on behalf of the principal. You cannot be appointed legal guardian over an adult principal unless he is incompetent.

Ready to appoint a power of attorney? Get Started Now
How to Contest a Power of Attorney

How Long After a Will Is Settled Do You Have to Contest?

If a loved one dies and the will provisions shock you, a will contest is one option of challenging the document. But the fact that the will seems inequitable to you is not enough. To successfully contest, you need to establish appropriate grounds and act within the limitations period in your jurisdiction.

Does a Power of Attorney Have the Right to View Medical Records?

A person named in a medical power of attorney generally has broad authority to make all medical decisions for the incapacitated principal that the principal might have made himself were he competent. She must select doctors and medical facilities and approve or disapprove medical treatment. In her capacity as health-care agent, she has the right to review the principal's medical records.

For elderly individuals, a financial power of attorney (POA) can be an important tool for managing property and making ...

How to Contest the Executor of a Will

An executor is a person who handles the financial affairs of an estate, including the distribution of assets to heirs, ...

Does a Durable Power of Attorney Grant the Right to Deny Visitors to a Patient?

An agent under a durable medical power of attorney has authority to act on behalf of an incapacitated principal to make ...

There are several ways to contest a will in New Jersey, and each has its own time frame and statute of limitations, ...