The executor of your will is the person who will carry out the instructions in your will when you die, according to the American Bar Association. This person will be responsible for paying any remaining debts you have and for distributing your property to the beneficiaries you name. If you need to change your executor, you may do so by writing an amendment to your will, known as a codicil, according to the American Bar Association. 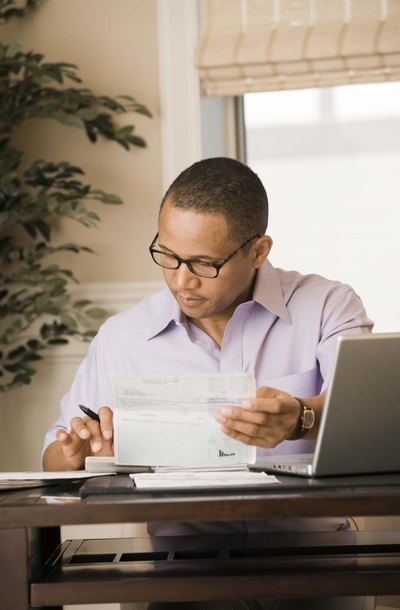 Decide who you wish to be your new executor. In most states, an executor must be at least 18 years old and of sound mind, according to the American Bar Association. You may also wish to name a contingent or "backup" executor, who will take over the executor's role if your first choice is unable or unwilling to be your executor after your death, according to FindLaw.

Obtain the consent of your new executor. Although this step is not required to have a valid will, it helps ensure that your new executor is willing to take on the responsibility and is aware that he will have business to attend to when you die, according to the American Bar Association. You may also wish to notify your backup executor, if you have one.

Write the amendment to your will naming your new executor and backup executor, if you have one. This amendment is known as a "codicil," according to the American Bar Association. You may handwrite your codicil or type it. Use a separate sheet of paper for your codicil. Write your codicil using the same wording that is used to name your executor in your original will, and change the name of the executor.

Attach the signed and witnessed codicil to your original will and store the will, with the codicil, in a safe place. You may wish to tell your new executor where your will is kept and how to get it so that she can take care of your estate more easily when you pass, according to the American Bar Association.

Protect your loved ones. Start My Estate Plan
How to Nullify an Executor on a Will

Can You Change a Will Using Power of Attorney?

A power of attorney document gives the person you choose the power to make financial, medical and legal decisions for you if you become incapacitated, according to the 'Lectric Law Library. However, your power of attorney cannot change your will for you in any U.S. state, since all 50 states require you to have the mental capacity to make, change or revoke your will, according to FindLaw.

Making Corrections on a Will Without a Lawyer

After you have made your will, you may find that it contains errors or that you want to amend, change or remove some information. Making corrections on a will without a lawyer is legal as long as your corrections meet the requirements of your state's law for corrections, additions and deletions to wills.

How to Make Changes to Wills in Georgia

If you live in Georgia, you may make changes to your will by executing a codicil. A codicil must comply with Georgia law regarding will formalities. In other words, a codicil requires a mentally competent "testator," or will maker, and two mentally competent witnesses to be valid in Georgia.

Do I Need a Lawyer to Add an Executor to My Will?

Even after you make a will and sign it, you can change it. Over time, you may want to change beneficiaries or executors ...

How to Amend a Last Will & Testament

Finishing your last will and testament can feel like a huge weight off your shoulders. However, as your life ...

Do You Have to Notify Someone if They Are No Longer the Executor of Your Will?

Making a will helps ensure your property will be distributed according to your wishes after your death. When you make a ...

How to Execute a Last Will and Testament

A last will and testament is a document used to distribute the property after the property owner dies. The person who ...