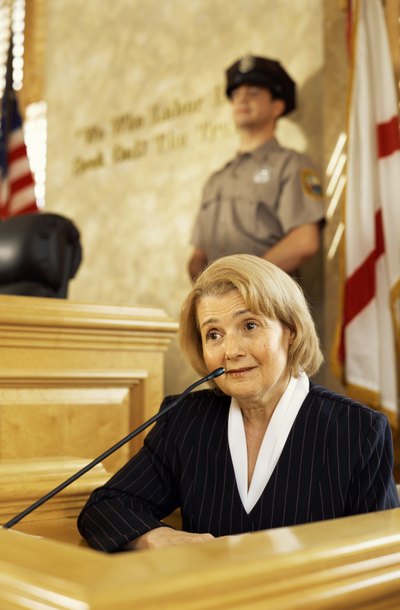 At present, all states offer some form of no-fault divorce. This means that to divorce, neither spouse has to establish his or her partner acted improperly. Since no-fault divorce does not require either party to show proof they are of good moral character—or conversely, their spouse is of poor character—such witnesses are rarely necessary and used only infrequently in divorce cases. Nonetheless, in some divorce cases, it may still be necessary to call character witnesses.

Character witnesses in a divorce trial can only testify to situations or incidents they have observed first hand. For example, a third-party who only heard a rumor one spouse was committing adultery would not be able to act as a character witness. If a close friend has observed one spouse hitting the other partner on multiple occasions, however, this individual may be a valuable character witness to support divorce on the grounds of abuse.

One common situation in which character witnesses will testify in court is in a contested child custody matter. In child custody cases, the court will generally make a ruling based on the best interests of the child. In determining the child’s best interests, among other factors, the court will look at each parent’s character and moral fitness. In most cases, court-approved custody evaluators conduct parental character assessments. These assessments may involve speaking to family members, friends or other parties who have a close knowledge of each parent’s character and demeanor. These interviews are just one of many assessment tools the custody evaluator will use, however. In some instances, the court may want to hear directly from character witnesses. In these situations, the character witnesses will be sworn in and treated like other witnesses in the case.

In certain states, such as Ohio, parties may need to call a character witnesses in an uncontested divorce case. Specifically, these character witnesses would be necessary if only one spouse is able attend the final divorce hearing. In cases such as these, the character witness would testify that you are honest and credible, and the court should accept your statements about the marriage as fact.

Divorce is never easy, but we can help. Learn More
Are Divorce Records a Matter of Public Record?

What Is in a "Character Letter" for a Child Custody Court Hearing?

In a child custody case, judges and custody evaluators assess what arrangement is in the child’s best interests. To assess the best interests of the child, the court may consider the character of each parent and their ability to meet the child’s needs. A character letter can serve as a type of evidence attesting to a parent’s fitness. Most often, custody character letters are employed in contested cases, such as divorces where one parent is seeking sole custody and the other wants joint custody.

Divorces can involve a lot of paperwork in Virginia. In addition to mandatory court filings, each spouse has the right to make written requests directly to the other spouse in an effort to obtain information relevant to reaching a fair settlement or preparing for trial. This process is referred to as discovery, and it can involve several formal techniques. One method is through the use of interrogatories, a list of questions touching on issues related to a spouse's finances, parental fitness and the witnesses he intends to call at trial.

With all states now offering some form of no-fault divorce, the necessity of hiring private investigators to get the ...

Is Divorce Court Open to the Public?

Divorce proceedings necessarily involve the disclosure of highly personal and often intimate details. For that reason, ...

For some couples, the decision to get divorced is mutual. In other cases, only one spouse wants out of the marriage or ...