Missouri law favors joint custody of children when parents separate, so that children have "frequent, continuing and meaningful contact with both parents." State law encourages parents to cooperate with each other in raising their children and requires divorcing parents to create a parenting plan as a part of their divorce. If the court determines the best interests of the children are not served by being with the parents, third party custody can be ordered, which might mean, for example, placing the children with grandparents. 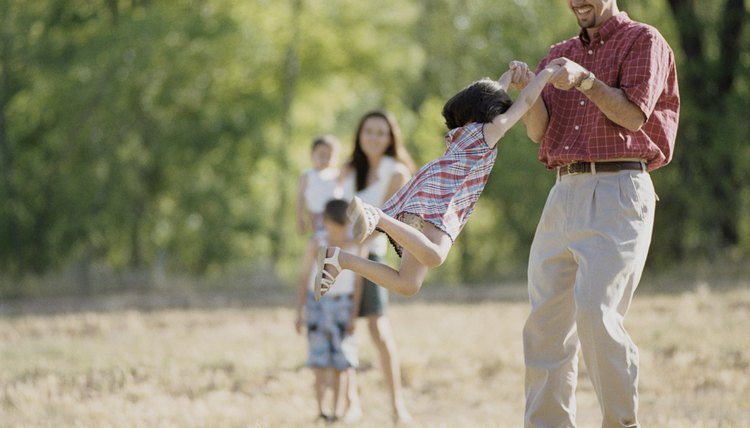 Missouri courts base child custody decisions on what is in the best interests of the children by weighing all relevant factors. The court will consider the parents’ wishes as outlined in their parenting plan; their willingness and ability to take care of the children; interactions among the parents, children and any other household members; and which parent is most likely to foster an ongoing relationship between the children and the other parent. Other considerations include the children’s adjustment to home, community and school; the mental and physical health of all parties, a parent’s intention to relocate; and the wishes of the children.

Legal custody involves decision-making authority and responsibility for the children, regarding their health, education and welfare. Parents who share legal custody have an equal voice in making decisions about the lives of the children. Sole legal custody can be granted to one parent, but Missouri law favors joint legal custody. Regardless of the legal custody arrangements, parents in Missouri usually have equal access to medical, dental and school records. If one parent deprives the other of this information, the court may impose a fine on the parent.

Since 1998, the Missouri General Assembly has mandated that divorcing parents with children under the age of 18 file a parenting plan. Parents are encouraged to work together to form a parenting plan. However, if they cannot agree, each must submit a plan. The court formulates a plan based on their submissions and the parents must follow the court-ordered plan. The parenting plan describes how the parents will care for the children in the areas of custody and visitation, decision-making, dispute resolution and expenses. The parenting plan must provide a detailed custody schedule and information on how the parents will share legal custody. Parents must plan how they will resolve disputes that arise between them in connection with their children. Child support payments must be established and specifically stated in the plan.

Child support figures are determined by applying a formula to several financial factors. These include the children’s and parents’ needs and resources, children’s physical and emotional condition and educational needs, standard of living prior to divorce and work related day care expenses. Usually a parent who has physical custody will receive child support from the noncustodial parent. Child support can be ordered when parents have a fifty-fifty custodial arrangement. While the amount of child support paid depends in part on the custody and visitation arrangement, the two issues are separate and the custodial parent cannot withhold visitation if the noncustodial parent refuses to pay child support or falls behind. (2, 6)

Missouri law is structured to maintain the child-parent bond after divorce, and the court favors a plan in which the child spends significant time with both parents. Some attorneys and parents refer to this as "parenting time" rather than "visitation." In a case where one parent is granted sole custody, the other parent is usually awarded visitation. In cases where a parent or someone living with a parent has committed certain felonies, such as child sexual abuse, the court can withhold visitation or order supervised visitation. Supervised visitation means a court-approved adult remains in the presence of the children and parent during the visitation period. Detailed visitation schedules, including locations for child exchanges and requirements regarding parental behavior, are included in the parenting plan. Grandparents have the legal right to seek visitation in Missouri, although the court awards grandparent visitation only in limited circumstances.

Divorce is never easy, but we can help. Learn More
Will Sole Custody Affect Child Support?

What Does Joint Custody Consist of in NC?

North Carolina statutes do not define joint custody and rarely award joint custody to both parents of minor children. Instead, the state favors awarding both sole physical custody and sole legal custody to one parent, although other arrangements are possible if the parents are in agreement and specifically request them.

Any parent who does not have custody of a minor child is entitled to visitation with the child, according to Kentucky ...