What Is a Child Patent? 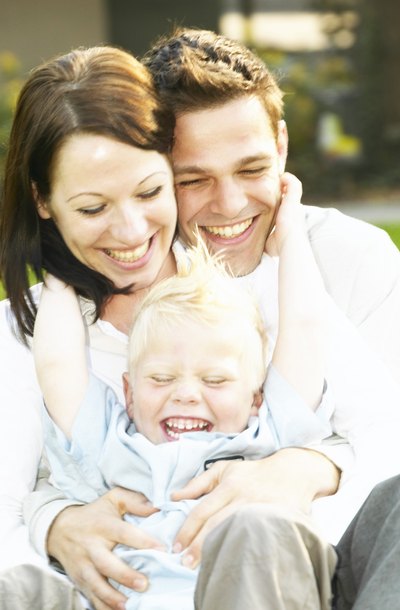 Discussing patent children and patent parents requires a technical vocabulary. All patent applications include a specification and set of claims. The specification is a narrative, often accompanied by drawings, that describes everything someone skilled in the art needs to know to make and use the invention. Often, it refers to elements that are not part of the invention. The claims appear after the specification. They are written in a very abstract language that specifically sets forth what is novel and non-obvious about the invention. All patent applications have a priority date, which is when the U.S. Patent and Trademark Office, or PTO, received the application.

The continuation-in-part is an exceptional child. Unlike other children, a CIP application can include new matter in both the specification and the claims. CIPs are complicated documents because the new matter might have a new priority date. You should seek the counsel of an online legal service or patent attorney if you contemplate filing a CIP.

File a provisional application for patent online. Get Started Now
What is a Notice of Allowance Patent?

A patent is a personal property right granted to an inventor under federal law through the U.S Patent and Trademark Office. To obtain a patent, the inventor must apply to the PTO for one. If the PTO approves the patent, the PTO issues a certificate of patent to the inventor. The holder of a patent may then license the patent to other users, granting them the right to use the patented idea or technology.

How to File a U.S. Patent for Free

A patent is a claim of exclusive ownership rights to a mechanical invention, process or an improvement of an existing mechanical invention or process. In the United States, the U.S. Patent and Trademark Office grants patents. Obtaining a patent can be an expensive process, especially if you use the services of a patent attorney. However, in certain situations, it may be possible to file a U.S. patent for free by submitting a petition to make your application “special.”

Elements of a Patent

A patent gives an inventor the legal right to prevent others from making, using or selling the inventor’s new device, process, design or substance. In effect, a patent is a short-term monopoly for an invention. Most patents expire in 20 years. A patent grant encompasses the elements of the inventor’s patent application. The U.S. Patent and Trademark Office reviews patent applications and issues a certificate for each approved patent. This certificate acknowledges that the federal government has granted the inventor a patent for the invention. Patents have several required elements.

What Is a WO Patent?

"WO" is a suffix to a patent number that indicates that the original patent application was filed under the Patent ...

Traversing in a patent proceeding means to register a formal disagreement with the examiner's findings or requirements. ...

Why Do Patents Expire?

A patent is an exclusive right to make use, sell and distribute an invention, extended to an inventor or his assignee. ...