Child support agreements provide for the well-being and care of children under the age of majority in the state where they live. Court-ordered agreements outline the duty of both parents to provide maintenance for minor children, including housing and medical care. The legal system helps couples unable to agree on support determine a fair division of the costs based on the income and expenses of each parent. 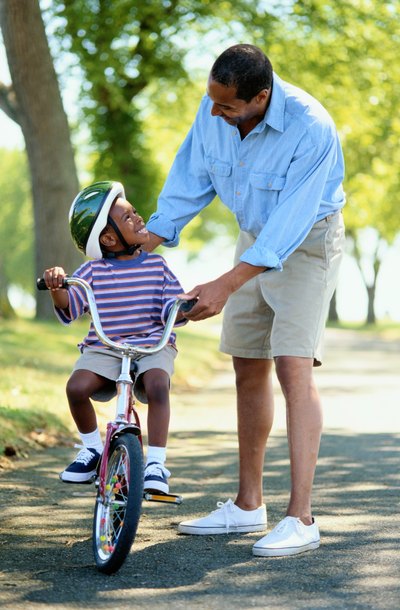 Informal support agreements typically include verbal arrangements for support or develop as a result of habits or family practices. Formal agreements, on the other hand are issued as part of a divorce or separation proceeding, and they require support from each parent. Formal agreements typically specify the exact amount of financial support payments from each parent, identify a custodial parent, and specify payments made for such needs as health insurance coverage.

Voluntary legal support agreements allow both parents an opportunity to jointly create an agreement for providing for their children. An attorney or online legal service can help develop the agreement or locate the required forms from the state court system. The licensed legal representative or online service can also write an agreement after interviewing both parents in a voluntary agreement. Involuntary court agreements require a court or family hearing. The court evaluates the living arrangements for minor children and assesses the financial situation of both parents. The judge, mediator or counselor makes the final determination for child support when parents cannot come to a mutual agreement for child support. More complex involuntary support agreements might require a lawyer's help, such as when one of the parents lives in a different state or when one parent challenges the terms of the support agreement. A legal expert with experience in researching personal financial holdings can provide assistance in cases involving one or both parents hiding financial assets to avoid paying child support.

Couples who want to change their informal or voluntary agreements can agree to new terms. In some states, including California, they can simply file a notarized form with the details of the agreement. Changing most court-ordered child support agreements requires filing a variety legal forms documenting any changes in the financial situations of both parents or increased costs in maintenance for the children occurring since the initial support judgment. Many states, including Georgia and Florida, offer guided worksheets, available as online or print documents, to assist in determining the amount of support contributed from each parent. A judge or hearing officer then determines the validity of the requested changes in child support. Many states, including Florida and Massachusetts, offer legal forms to parents for amending or changing support agreements with or without the assistance of an attorney. Parents can often find necessary forms on state court websites or from third-party sites that offer downloads of the appropriate legal documents in each state.

Native American tribal agreements regulate the terms of support agreements involving Native American children, even when only one parent has official recognition as a member of the tribe. Washington State, for example, issues legal decrees for child support using the Indian Nation Program Agreement, including making arrangements to set aside child support from payments made by the native sovereign nations, including the Nez Perce, Kalispel, Stillaguamish and Swinomish.

State legislatures pass regulations to assist parents in enforcing child support agreements, including laws to withhold court-required contributions from parent paychecks or tax refunds. Voluntary legal support agreements, like those recognized in North Carolina, require the parents to seek legal approval from the court system by filing a notarized document with the state courts for enforcement to occur.

Spouses generally live in separate homes after they end their relationship. Although former spouses would likely prefer to move on after a divorce, each person's living arrangements may become relevant to ongoing legal issues between the two parties. In particular, cohabitation with a new partner may affect alimony or child support in Georgia. Accordingly, an ex-spouse should understand the rights and obligations established by Georgia state laws regarding post-divorce issues.

Washington parents, like those in other states, are legally obligated to provide for their children financially, even after they split up. Chapter 26.119 of the Revised Code of Washington describes these financial support responsibilities, as well as the formula Washington courts use to establish a child support amount.

Definition of Legal Separation and Divorce

Legal separation and divorce offer two alternatives for married couples who wish to separate long term or permanently. Legal separation and divorce can look quite similar from an outside perspective, but there are differences in the filing process and the finality of each option. Married couples considering parting ways can benefit from reviewing the differences between these two options to determine which option is best for their situation.

When unmarried, separated or divorced couples have children together, financial issues often become a source of stress ...

How Legally Binding Is a Voluntary Child Support Agreement in Pennsylvania?

The ease of enforcement of a voluntary support agreement depends on how the agreement was memorialized; parties can ...

Noncustodial parents have a legal obligation to support their minor children and generally must pay child support to ...