Children's Rights in Divorce in Illinois

Under Illinois law, all issues related to children in a divorce are decided based on the "best interests of the child" standard. While this does not mean children are given the sole decision in deciding custody or other care related issues, it does mean the judge is required to assess all situations regarding the children with their best interests at the forefront. If both parents are able to agree on custody issues, all that is usually required is the use of the best interests standard and it is unlikely the children will have a say in court. If parents are not able to come to an agreement, the judge may appoint a separate attorney to protect the interests of the children during the divorce, giving the children a voice in the proceedings. Illinois has also taken steps to protect children from any potential abuse that may occur during or after a divorce. 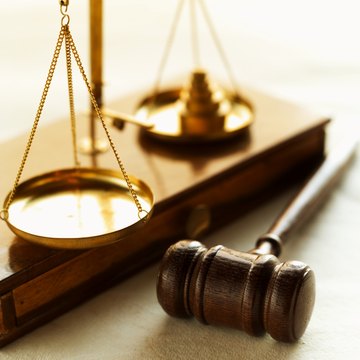 Cooperate with your spouse to draft a custody agreement that takes into account the best Interests of your child. Among the issues to consider are whether the agreement will require the child to switch schools or be forced to stop playing on sports teams or participate in other activities, as well as whether both parents will be granted equal parenting time.

Present the agreement, signed by both parties, to the judge. Depending on the age of the children, the judge may ask to speak with them regarding the agreement. This is more common with older teenagers rather than young children. However, Illinois has no law requiring a judge to take the wants of the child into account; therefore, it rarely happens unless there have been past issues of abuse or other issues of concern.

Attempt to come to an agreement with your spouse outside of court. When this fails, or if there have been allegations of abuse or child endangerment, both parents will need to appear in court.

Cooperate with the attorney who will likely be appointed by the judge to protect the rights of the children in this scenario. This attorney is called a Guardian ad Litem and will speak to the judge on behalf of the children during the divorce case.

The Guardian ad Litem will appear in court with both parents and the children, if he feels that is necessary, to tell the judge what he believes is in the best interest of the children. If his findings, and the preferences of the children, are very different from what the judge expected, the judge may ask to meet with the children as well.

After the hearing, the judge will make a decision regarding custody that will take into account all the evidence and the Guardian ad Litem's recommendations. A final custody decision will be handed down and the custody issue will be closed unless one of the parents decides to appeal.

Divorce is never easy, but we can help. Learn More
Child Rights in Divorce Visitations in Tennessee

How to Behave in Custody Battles

The end of a marriage is difficult, but the idea of losing custody of your children is terrifying. A judge's only concern in deciding custody is your child's best interest. Parent behavior during a custody battle can influence the judge as he decides which residential placement meets that criteria. Knowing a judge's criteria in terms of your behavior can better help you demonstrate that your child's best interest lies with you.

Custody battles can be highly stressful for both parents and children. Creating a custody plan on your own is an ...

Understanding the needs of a child is a crucial component to making an informed custody decision. Custody matters are ...

In Idaho, parents may have joint custody, which allows both to make important decisions concerning the child and spend ...